How the U.S. Feds Took Down Online Gaming 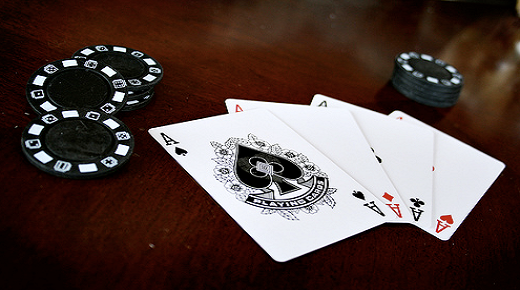 On April 15, 2011 the US federal authorities declared war on the online gaming industry and have now successfully shut down and seized the assets of four of the biggest companies that served the American market: PokerStars, Absoulte Poker, Full Tilt, and Bodog. If online play is considered legal in the United States, all four companies were non-U.S. based and seemingly operated outside of U.S. jurisdiction, how did federal authorities take down online gaming in the United States?

First, it important to understand that there was never a widely expressed nationwide concern over the legality of online gaming. Over 2 million Americans enjoyed online gaming as primarily a recreational activity. It was advertised heavily on television, magazines and online. There were two interest groups pushing for the elimination of online gaming; those morally opposed to it, and those financially opposed to it.

Two Conservative senators, likely looking out for their own moralist interests, while tending to those of the powerful gaming industry lobby, attached a last minute anti-gaming amendment to an unrelated bill. In 2006, the majority of the Senate approved the unrelated bill, while unknowingly approving the Unlawful Internet Gambling Enforcement Act. The Unlawful Internet Gambling Act made it illegal for financial institutions to deal in gambling proceeds.

Gradually, the feds began pressuring banks and credit cards to stop processing payments to online casinos. As it became increasingly difficult for players to deposit money into their accounts, a need was created for transactions to be disguised. Numerous financially unstable American banks stepped up to provide that service for online casinos in exchange for financial rewards.

Ultimately, this is what enabled the federal authorities to seize the funds held by U.S. banks, and essentially made it impossible for Pokerstars, Full Tilt, and Absolute Poker to continue to do business in the United States. Bogdog, the latest casualty of the United State’s war against online gaming, was primarily a sports book, with minimal poker and casino offerings.

The Canadian based company, voluntarily pulled out of the United States last December, launched Bovada.lv specificlly for U.S. players, and continued to offer gaming elsewhere as Bodog.com. On February 22, U.S. federal agents ordered Canadian authorities to shut down Bodog.com, indicted four of its top executives, and seized the domain name.

Bodog is accused of being in violation of U.S. gaming laws by its use of a .com domain, because they are issued by the U.S. based company VeriSign. Bodog continues to operate the Bovada.lv site, but its future, as well as the future for all online gaming in the United States is unknown.