How Games are an Intrinsic Aspect of Our Culture 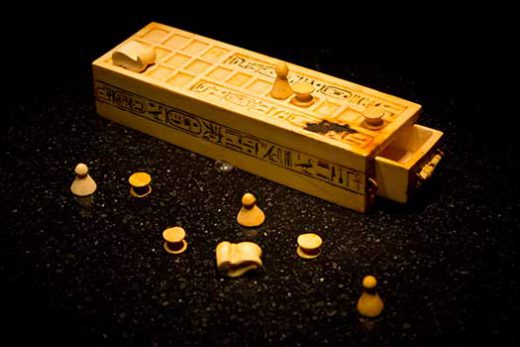 At any given moment, millions of people across the world are playing some form of game. It might have been a game of Scrabble, Risk, or even a far more modern 'parlour game' such as Call of Duty or Eve Online. Whichever game it was, each and every one of these people were exercising a human trait that has been a part of us for over five millennia, and one that is still exerting itself on our actions today.

The first games we know of existed in the various Ancient Egyptian cultures that blossomed throughout the third millennium BC. The most common game played by the pharaohs, priests and labourers of this time was Senet, a Backgammon-like board game in which players would throw marked sticks and move pawns around a board, placing these on squares that would correspond to certain rules, all with the aim of removing all of one's pieces off of the board before the opponent could.

Although there were likely to have been thousands of board games played at this time, and indeed similar games played far earlier in human history, our understanding of the rules and significances of these games is unfortunately rather lacking, due to the absence of rulebooks having been found at archaeological sites.

We do know, however, that games such as Backgammon (played in 3rd millennium BC Persia), Dice, Go (1st century China) and Leaf (9th century China) were all popular amongst members of all of the social classes and had immense cultural significance, given their utter permanence in our species' mind's eye. Of course, these sorts of games have transformed in to a blossoming gaming industry today that has very much grown on the back of technological advancement.

We can now enjoy near photo-realistic games via games consoles or PC services such as Steam, or even casino games via tablets and smartphones such as those provided by sites such as Jackpotcitycasino.com. Our approach to gaming is incredibly sophisticated, but why have we focused so many of our efforts on making games? Why do games hold such importance as an aspect of human culture?

The first answer is that games fulfil an incredibly important developmental function. Within people - from children to the aged - they train our minds, test our strategic skills and encourage us to explore the dyad between risk and reward, these being tenets of the human experience that vastly boost our ability to compete against and succeed against other humans, and indeed the environment surrounding us.

Games let us pass on abilities and thought processes that would otherwise be difficult to put across through more prescriptive, explanatory methods of teaching. Truly, gaming is evolutionary in its nature. Motivations such as achievement, immersion, competition and cooperation are innately human in their machinations. We play strategy games or even social games such as Neopets because they allow us to fulfil our wish to create, amass and nurture resources or other things of worth.

Games such as Battlefield, FIFA and Monopoly, on the other hand, have a competitive element that appeals to our intrinsic want to out-do others and rise to the head of the pack, however also require of us the ability to cooperate for the common good.