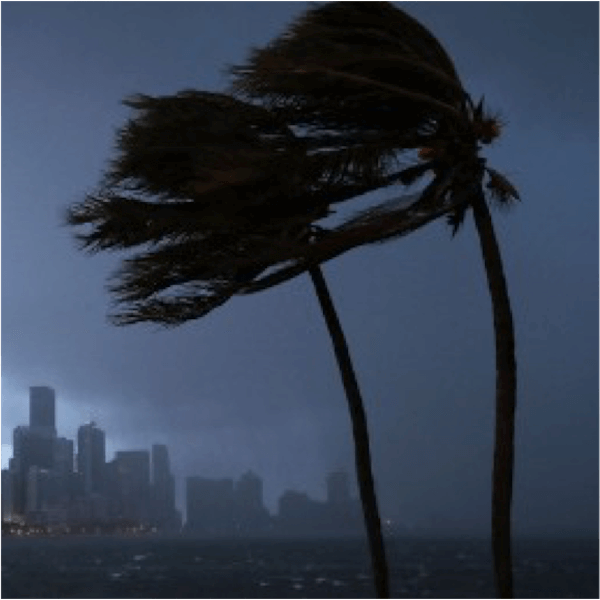 Hurricane Irma has caused devastation in the US and the Caribbean, with at least 10 dead and whole islands such as Barbuda extensively damaged. Irma is the strongest storm to hit the Atlantic in over 10 years, and has devastated the land with winds of 180 mph. While the loss of at least 10 lives is the most distressing aspect of the natural disaster, economic damage will also be hefty in the areas affected by Irma. This can only be calculated once the winds have died down and the dust has settled, but so far, the region is already facing millions in damages from the Category 5 storm. Casinos and poker rooms have both been affected by Hurricane Irma as well – both in terms of a loss of revenues and damage to their properties. A recent report revealed that a group of poker players were forced to put their plans for a seafaring tournament on hold after the Hurricane began to reach its full force.

The poker team, which had planned to sail on Bill Perkins’ yacht and live-stream their WCOOP game to viewers had to drop their plans and retreat quickly from the Caribbean in the face of the massive storm. Players Matt and Jaime Staples vlogged the entire experience, which ended in the pair having to be evacuated to New York. Kevin Martin and Jeff Gross were also forced to abandon their poker tournament plans that would have been streamed from Perkins’ yacht (dubbed ‘the Streamboat’). Florida’s casinos in mainland USA have also been preparing, as Irma has already caused extensive damage in the region. One Florida poker event has since been cancelled due to the weather and the risk of injury or even death to players who would have attended the tournament. The WPT DeepStacks tournament was set to take place from 1-10 September at Immokalee’s Seminole Casino Hotel. However, the tournament was quickly abandoned due to mounting fears over the hurricane’s racing winds.

Florida’s Gulfstream Park has also cancelled horse racing until further notice, with owners the Stronach Group noting that they are monitoring the storm, and that the casino will remain open for now. Horse racing, however, will be discontinued for at least a week as operators wait for the strong winds to cease. While Hurricane Irma has been confirmed to the US East Coast and the Caribbean, casinos across the globe are not immune to natural disasters. A little over a week ago, several Macau casinos closed their doors as a massive typhoon hit the region, causing over $1.87 billion in damages. At the time, Macau weather experts were ostracised for apparently downplaying the severity of the storm in an attempt to preserve the casino trade, which is the region’s major economic driver.