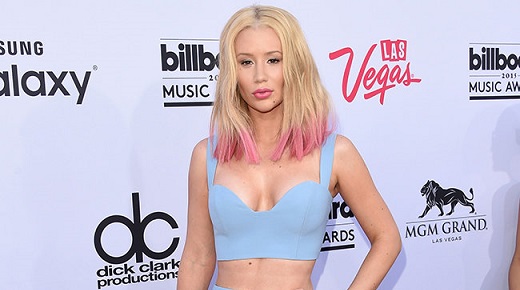 We know celebs love playing at casinos every bit as much as we do and we can now confirm that Iggy Azalea is part of the club. The Australian A-lister, we can reveal, is a massive fan of Blackjack and just the other day spent the best part of twelve hours playing her favourite casino game in Las Vegas.

Azalea was visiting Sin City predominantly to perform with Britney Spears at the Billboard Music Awards, but the Australian rapper couldn’t resist getting in a quick game of Blackjack to unwind before the big event.

As it so often does, a few hands at the Blackjack table quickly turned into hours, but the ‘Fancy’ singer pulled herself away – a few dollars richer, by the sounds of it – in time to reveal her new song ‘Pretty Girls’, featuring Las Vegas resident Britney Spears, at the BBMAs. Miss Azalea has now revealed her passion for Blackjack and her love of casino games in general.

She was so caught up in her favourite game it turns out her boyfriend, NBA star Nick Young, decided to intervene to make sure she got some sleep before the big show the following day. “She was there from 3pm to two in the morning, it was crazy,” commented Young.

Azalea has spoken out since that she doesn’t get the chance to play often but, when she does, she simply refuses to walk way without winning.

“I played Blackjack for 12 hours straight yesterday,” Iggy revealed of her casino marathon. “I changed my clothes in the bathrooms, I’m awful!” Although some people may find so much gaming a little too much, the star was said to be pumped from the experience and totally ready for her performance. “I wouldn’t leave, I refuse to lose, that’s my motto. I came up very on top,” she revealed. Iggy seemed to be on a lucky streak in Las Vegas.

As well as the Blackjack success she always walked away from the Billboard Music Awards with three gongs for Top Rap Song, Top Rap Artist and Top Streaming Artist.