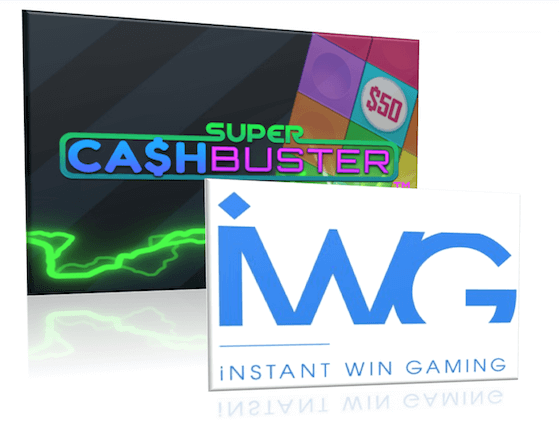 In new online casino news, Canadian players will soon find out what happens when a digital instant win game takes a land-based form. Online game provider Instant Win Gaming Limited announced the successful development of its first land-based game in partnership with Loto-Quebec. The game is based on Cash Buster, a title that has proved hugely popular among players. Instant Win Gaming Limited CEO Rhydian Fisher made the announcement with enthusiasm, and described the development as ground breaking. According to Fisher, previous online and retail dual launches with Loto-Quebec had been successful, but had never led to a game’s transition from digital to land-based form. He highlighted the fact that games usually move from a land-based form to a digital form. For Fisher, this was evidence of the success of the digital version of Cash Buster, and proof that the trend-bucking transition from an online game to a land-based game is possible.

The CEO said the provider has plans to produce land-based versions of some of its other online instant win games. Loto-Quebec product team manager Clement Aubin said that Cash Buster was the perfect game to offer in a land-based form due to its popularity. Aubin also praised the working partnership that exists between the provincial lottery operator and Instant Win Gaming Limited, and said he was certain that the land-based version of Cash Buster would be as popular as the game’s online version.

A Closer Look at Cash Buster

The online version of Cash Buster presents players with virtual dice, colourful blocks that need destroying, and lucky numbers. Players need to roll the dice 8 times to produce colours. If a colour produced by the dice matches one of the blocks on the screen, the block will be destroyed. As the colourful blocks disappear, so the colour slots on the prize table are filled. Players win a prize when they fill a row on the prize table.

Who Is Instant Win Gaming Limited

Instant Win Gaming Limited is headquartered in London, UK, and provides more than 250 online instant win games to online casino operators such as 888 Holdings, GVC Holdings, and Rank Group. Its portfolio includes smash-hit games such as Cash Buster Towers, Super Gem Blaster, and Mayan Bonus. The company offers games in Flash and HTML5 formats, and has a reputation for its use of 3D graphics and animations. Its games are optimised for computer, smartphone, and tablet.