The Invasion of the Arcade Game 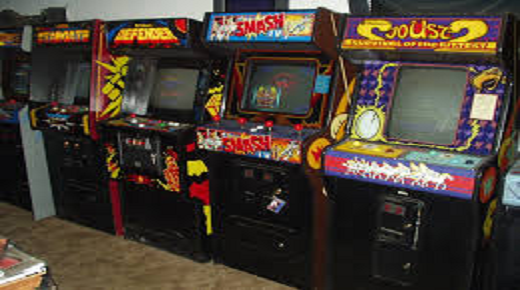 Microgaming has long been hailed as the innovator of the online gaming industry. Their supreme software not only provides elite quality graphics and sound to all of their games, but their themes and formats are the most varied and imaginative on the World Wide Web today.

Now Microgaming presents something entirely different - a thrilling and unique addition to its unrivalled online games collection. Max Damage and the Alien Attack is not a Slot or instant win game. There are no fixed odds meaning these will vary from player to player based on their skill. This online arcade game is interactive, just like the land-based counterpart. Concentration, awareness, technique and dexterity all come into play on Max Damage and the Alien Attack, making this a game on which players can improve and enjoy attempting to master over time.

The CEO of Microgaming, Roger Raatgever, described the game as “….a radical departure from the conventional slot format” and went on to explain that Max Damage and the Alien Attack is the first in a whole series of arcade-style games that Microgaming will release in the new feature.

The question is, how will the world of online gamers take to this new skill-based game type? Is the lure of fixed odds, such as on an online Slot, a must-have for this profit-hungry market? Max Damage and the Alien Attack certainly has a retro appeal that will attract players of a specific generation. Based on arcade game series, Max Damage, many players are sure to seize the chance to bring an extraordinary adventure to life in their very own home.

The additional and more universal appeal of the game is the earning potential it presents. In this nine level shooting game the player is required to aim and fire at invading spaceships. They have control over a single spaceship and must fire at attackers using specific buttons on the keyboard. Players start with six lives but a single alien ship that passes their guard will cost them a life.

You have to stay at the very peak of vigilance if you want to be a winner. As the player progresses up the levels, the enemy ships will either fly closer to their ship or in complex formations, making it harder to avoid their fire and collisions. During the game there are chances to collect boosters to enhance lifespan and prolong the gaming session, shields to provide protection and weapon upgrades to increase fire power and payouts!

The more weapons acquired, the more winnings can be claimed. There’s a maximum payout of 40,000 coins, plus 10,000 coins for destroying an alien ship and up to an incredible 110,000 coins if an alien boss is killed at the end of certain rounds.

Payouts are randomly awarded up to the maximum limits specified, so a player will never know when their skilled gaming and good luck will come together to result in a massive cash prize.

Competitive arcade gamers will love the chance to compete to be top of the game’s top score leader board. For players who missed out on the arcade game craze, Max Damage and the Alien Attack should not be overlooked. Its appeal is far broader than solely shooting game fanatics, as the seamless gaming experience, impressive graphics and creative and challenging way to profit this game presents are both unique and compelling to all players.