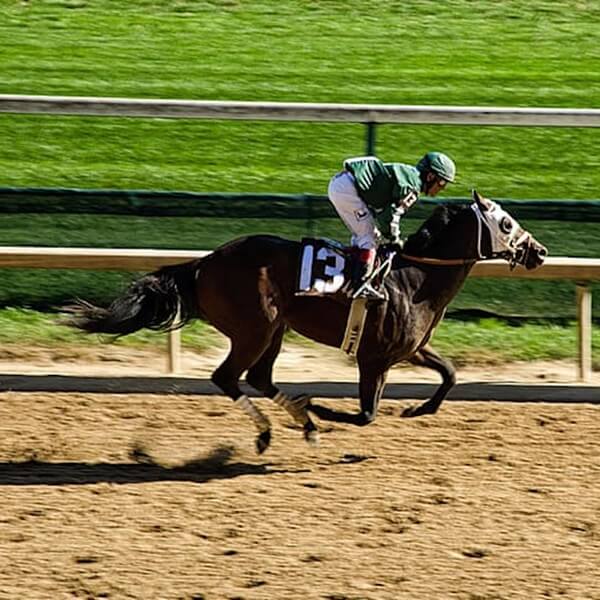 Medina Spirit, the winner of the Kentucky Derby, has failed a second postrace drug test. The repercussions of this could mean disqualification from the world’s most famous horse race, leaving the sports betting Canada world in shock. Churchill Downs, the track where the event is held every year, has also taken the decision to suspend Bob Baffert. The legendary trainer almost secured his seventh Kentucky Derby win with Medina Spirit. The suspension will last for at least two years.

Whether or not the horse will be disqualified remains to be seen. The Kentucky Horse Racing Commission has yet to make a decision on Medina Spirit’s standing in the race that was held on 1 May. Sherelle Roberts-Pierre, a spokesperson for the commission, told ESPN that above all else, the organisation values fairness and transparency. Further information is expected to be provided to the public and sports betting Canada fans at a later stage.

Medina Spirit’s first drug test revealed that the horse had 21 picograms of betamethasone, a steroid, in its bloodstream. This would previously have been considered to be twice the legal limit, but last summer, Kentucky’s racing regulations were changed to prohibit even trace amounts of the drug. The horse’s second test, which was performed at a lab at UC Davis, found 25 picograms.

Initially, Baffert had said that his team would conduct its own investigation into why the horse failed its first test. He then went on to Fox News the following Monday and claimed that the failure of the drug test was down to cancel culture.

Craig Robertson, his attorney, claimed that at the time of the drug test, Medina Spirit was being treated with an ointment called Otamax, which is known to contain betamethasone. On Wednesday, he announced that the commission had agreed to send the horse’s original blood and urine samples away to be tested for other things that could prove the presence of the steroid was a result of the use of Otamax.

Should Medina Spirit be disqualified, Mandaloun, the Derby’s runner-up, will be declared the winner. However, if this does happen, those who placed their bets on Mandaloun will still not be allowed to cash-in, in accordance with the commission’s rules. This has upset some sports betting Canada fans, who feel they should claim a win.

In total, $155.4 million was wagered at the Kentucky Derby’s pari-mutuel pool. Of this, between $11 and $12 million was placed on Medina Spirit with the odds of 12-1. Mandaloun’s odds were stacked at 26-1, which totalled between $3 million and $4 million.

Bet on the biggest races ONLINE. Sign up and wager to WIN!