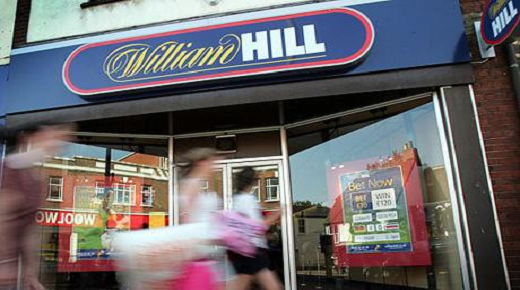 Situated in the North London suburb of Green Wood, William Hill Bookmakers is the largest bookmaking business in the world. As one of the most trusted names in the bookmaking world, the William Hill stats on the 2012 London Stock Exchange include an estimated corporate market value of £1.93 billion. Research indicates this company, the UK's largest sports-book betting operation, averages 1 million betting slips daily. It is rather ironic that a company which conducts an employee training program focused on underage gamers frequenting betting shops was established by an underage game enthusiast. William Hill began his career at the age of 17 by taking off-site bets and delivering them to pubs.

Failure on the part of Hill to successfully operate a credit-based bookmaking business led to the establishment of a greyhound racing bookmaker enterprise in 1926. By 1929, William Hill had become part owner of a London pony racing track and went on in later years to become a renowned breeder of race horses such Nimbus. Another irony associated with William Hill was his ability to turn his back on the legalization of bookmaking because restrictions such as blacked-out windows and limited operational hours did not coincide with his interests. Once Hill saw evidence of profits and progress for these bookmaking shops, he rapidly began purchasing established locations. Despite governmental sanctions of 25 percent taxation on fixed-odds bookmaking operations, Hill's locations managed to survive. By 1985, Hill owned 800 shops. It is interesting to note that the original William Hill operation ultimately grew to its current 1,800 shops operated under the ownership of Grand Metropolitan/Mecca Bookmakers.

Today, with offices in London, Ireland and Gibraltar, William Hill has become the largest bookmaking business in the world. From its 2,370 betting shops, customers are afforded the opportunity to conduct their betting business over-the-counter, or via betting terminals, land-line telephones, mobile devices and online. Little did the sports betting world realize that the first fixed-odds football coupon created by William Hill in 1944 would lead to the establishment of one of the most trusted football betting businesses in the world. In 1934, bets were taken by telephone with wager checks being required to be received by postal mail a minimum of two weeks prior to the opening of an event. Today, William Hill call centers have the capacity to take 600 simultaneous telephone betting calls and to handle monetary transactions by credit card and E-wallet. The 1998 debut of William Hill Bookmakers online has enabled customers around the world to receive sports betting odds on every thing from American football to cricket in a millisecond.

The sports book of the most respected bookmaker in Britain reaches 175 countries in six languages with 11 currency options. William Hill Bookmakers was recently approved to operate sports-book venues in Vegas following its purchase of American Wagering, Inc. Plans call for the operation of 150 sites statewide and 80 brick and mortar shops. William Hill will control 55 percent of Nevada's racing and land-based sports-book operations.