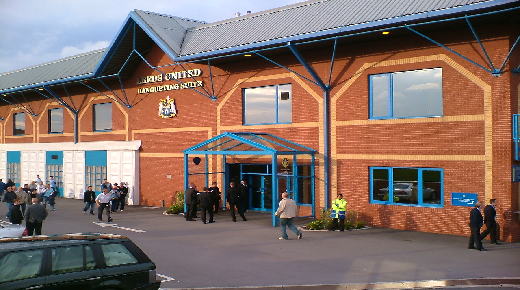 The Leeds United chairman, Ken Bates, has confirmed that the Club has applied for a gaming license and intends to build a casino on the grounds of the Elland Road Stadium. The proposed project will be a US-style casino complex that will feature a hotel, restaurants and a casino. The two-story casino complex will be attached to the stadium via a renovation to the New West stands. Despite concerns voiced by opponents of the project, Bates has reiterated that he feels a club owned casino is an excellent way to boost off-season and non-game day revenue. Proponents believe a casino and hotel will create more money that can be invested in the team, field and stadium.

Although four other parties have applied for the single coveted gambling license, Leeds United’s management feels it is the more logical recipient because they have the land and parking facilities already in place. They have also announced that they do not plan to run the casino, but will enter into a partnership with a company that specializes in casino operations. They have not decided on the company but have announced that they are currently in talks with several companies that specialize in casino management. Critics of the project have raised numerous objections. Some feel that is just another vanity project for Chairman Bates, and that will take money directly from the pocket of the team itself. Others have suggested that the four existing commercial casinos have already saturated the market in Leeds, and that a new casino will simply divert much needed funds away from the team.