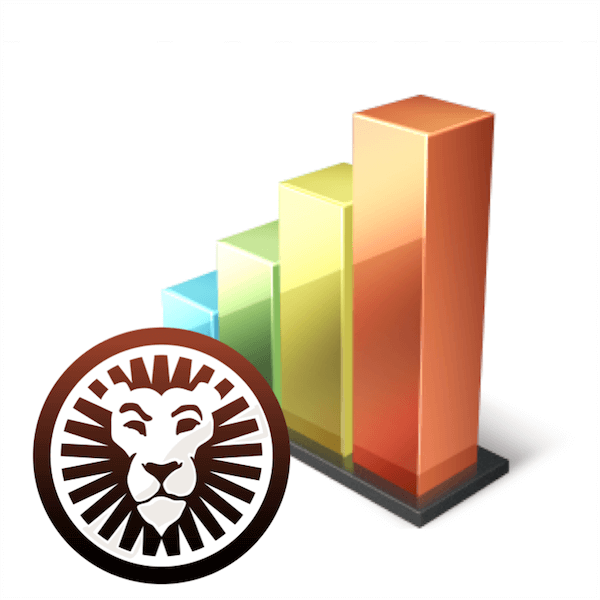 Mobile gaming operator LeoVegas has recently revealed a mixed set of financial results for the third quarter of 2017. The firm noted increased overall revenues but declining profits for the period ended September 30, 2017. Additionally, LeoVegas also revealed that it has secured a new deal to acquire fellow operator Royal Panda. Revenue for the mobile gaming giant in the three months ended in September came to a total of €55.6 million, showing an impressive increase of 40% year on year over the €39.7 million reported in the same period of 2016. Total deposits at the popular mobile casino brand’s platforms also grew massively during the period in review, jumping 56% to €193.1 million. The overall number of depositing players at the brand’s casinos also increased by 30%, reaching a record-breaking 202,980 customers.

However, there were also a number of decreases in LeoVegas’ financial results this period. Earnings before interest, tax, depreciation and amortisation (EBITDA) dropped from €9.8 million back in Q3 of 2016 to just €7.6 million in the past three-month period. Operating profits for the firm also fell from €9.4 million to €6.9 million. In addition to this, LeoVegas’ earnings per share also fell slightly according to its financial reports, with earnings per share both before and after dilution falling to €0.06. LeoVegas has stated that its finances were impacted by recent acquisitions and its listing on Nasdaq Stockholm. The mobile casino brand also revealed a new acquisition via its wholly owned subsidiary, LeoVegas International. The firm has inked a new deal to acquire all of Web Investments Limited’s shares – the company which owns and operates the Royal Panda casino brand.

Under the terms of the deal, LeoVegas will pay €60 million for the firm, while the deal also includes an optional earn-out payment of an extra €60 million. To finance the agreement, LeoVegas has sought out debt financing of €100 million; €40 million of which is part of a revolving credit facility. LeoVegas has revealed that the acquisition is expected to be finalised by December 1, 2017. The firm has also made numerous changes to its senior management team recently, attempting to further strengthen its position in the competitive iGaming market. Co-founder of LeoVegas Robin Ramm-Ericson will soon be made the managing director of LeoVentures, leaving the role of CXO in the firm’s management team but remaining a senior executive of LeoVegas itself. Additionally, Head of Product Jarl Moden will fill his new interim role as Chief Product Officer while LeoVegas seeks a more permanent executive for the position.