Lord of the Rights 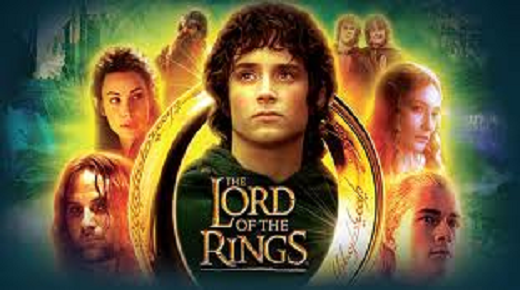 Film-makers Warner Bros. are being sued for more than $80 million by the estate of J.R.R Tolkien and publisher HarperCollins for the licensing agreement struck between the company and online gaming giants, Microgaming. This legal move comes just before Peter Jackson’s new Hobbit film hits the big screen and is in relation to the Video Slot games that Microgaming were giving licence to create.

The Tolkien Estate Ltd, its trustees and publisher HarperCollins have charged Warner Bros., its New Line subsidiary and The Saul Zaentz Company’s Middle-earth Enterprises division with copyright infringement and breach of contract. The 26-page complaint claims that Warner Bros. is only allowed to create tangible products, such as action figures, tableware, stationary, clothing and this contract has been breached by the creation of intangible product that it claims infringes the contract – those based on digital and electronic content such as video games, Slot machines and online slots.  The deal that sparked this controversy took place in February 2010, when Warner Bros.

Digital Distribution gave online casino software provider Microgaming permission to create themed Slots based on the characters in The Lord of the Rings. The popular Slot, The Lord of the Rings: The Fellowship of the Ring was duly created and proved to be a big hit with online casino players. However, the Tolkien Estate and HarperCollins have come together in claiming that Warner Bros. did not have the right to sell the rights to the characters.

A lawsuit filed with a District Court in Los Angeles read: “They did not include any grant of exploitations such as electronic or digital rights, rights in media yet to be devised or other intangibles such as rights in services.” When contacted about the licencing process, Neil Whyte, Head of Product Channels at Microgaming said, “As the world’s largest gaming software provider, we are regularly approached by brands looking to tap into the e-gaming market…If we feel that it will produce a premium quality slot, for the right price, we know that we can create a successful outcome.” The Lord of the Rings Slot proved to be a mighty success with their online casino partners, but as they have relationships with many big brands and entertainment companies, they have since continued to create big name games, such as The Dark Knight™. Thankfully for them, DC has the correct rights for Batman and all related products.

It’s not the first time that Warner Bros. and the Tolkien estate have been in legal battles.  In 2008, The Tolkien Trust filed a lawsuit claiming that the original deal was violated as they were denied the promised 7.5% of the gross from any films based on Tolkien’s works.  Whilst The Hobbit and The Lord of the Rings has provided great entertainment for millions, using it in other entertainment mediums such as games, Slots and even films seems to bring with it a multitude of court cases and if Warner Bros. are found guilty of this latest one, they will have to pay out over $80 million. It also serves as a warning to software providers that licensed games can come with a lot of potential trouble.