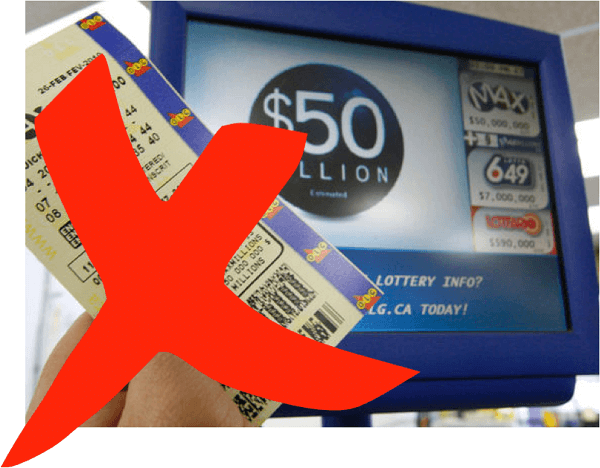 On October the 16th 2016, Fox News reported the state of California’s latest big lottery win. Unfortunately, the story was a less than happy one, with the news anchor later revealing that the winner, a local Californian man, had been denied his winnings on an unlucky technicality. Now, the same man has sued the state of California and the California Lottery Commission, alleging that they had denied him a whopping $5 million Scratchers jackpot because his teenage son had purchased the ticket. The winner, Ward Thomas, claims that his son bought five Scratchers tickets at a Mobil gas station in Long Beach on October 16, one of which resulted in a $5 million prize. Thomas validated his ticket on the same day at a 7-Eleven store, and then again at the Santa Ana lottery office. However, a few months later on December 5, the Lottery Commission denied Thomas his winnings because his son was only 16, and was therefore not legally able to play the lottery. This is a small technicality, indeed - but one that may have cost a very unlucky winner $5 million in prizes.

Thomas isn’t the only big lottery winner that has lost it all due to a tiny technical flaw. In 2008, a local Canadian man from Quebec named Joel Ifergan ventured to a convenience store to buy two tickets to the Lotto Super 7 game for that night’s draw. It was 8:59pm when Ifergan made the transaction, and the cashier warned him that the cut-off time for entering the draw was at 9pm. Ifergan went ahead and purchased the two tickets, the second of which contained the winning numbers for a life-changing prize of $27 million. Sadly, the winning ticket was printed just 7 seconds after the cut-off time for the draw, costing Ifergan many millions in winnings, and even more in the lawsuit that ensued, in which Ifergan attempted (and failed) to sue Loto-Quebec for the hold-up during the ticket’s processing.

Then comes the story of an unlucky British couple that missed out on their £35 million fortune thanks to a frustrating irregularity. Edwina and David Nylan purchased the winning ticket using their online lottery app late in 2015, and when all six winning numbers came up on their ticket, the pair thought that they had won a fortune that would set them up for good. The Nylans soon called Camelot, the lotto operator in the UK, to claim their prize – only to be told that there was no record of a purchase of their ticket. As it turns out, the purchase had not been properly processed on the app, leaving the middle-aged couple with just as much money as they started out with (minus £2 for their unprocessed ticket!). Apps may have changed the way we do things and offer the ultimate inconvenience, but it is clear that in a case like this, playing real money casino games would have stood the pair in better stead. Casino apps won’t let you play for real money unless your deposit has been processed, so there’s no chance of making this type of mistake!

Lastly, Connecticut resident Clarence Jackson was yet another lotto player to miss out on his fortune based on being in the wrong place at the wrong time. Back in 1995, Jackson bought his weekly lottery ticket, but as he was caring for his two ill parents, checking its results was the last thing on his mind. About a year later, however, Jackson’s sister spotted in a newscast that the winner of a $5.8 million jackpot had still not come forward to claim their prize – and that the final deadline was at midnight on that same day. Checking some old lottery tickets at home, Shiela Cole quickly realised that one of them was the winning ticket, but that it was 11:15pm on a Sunday and their deadline would be over in just 45 minutes. All Jackson needed to do was visit any store to validate his ticket, but unfortunately, the 25 year old did not know that, thinking that he could visit the Lottery Office the next day instead. The next day was a bank holiday so Jackson went on Tuesday instead, only to find that his ticket had become worthless. The ensuing legal battle has been going for over 20 years now, and while the State House of Representatives voted to retroactively push the deadline and give Jackson his money, the Senate never approved it, leaving the young man as penniless as he was when he had purchased his ticket. It looks like the moral of the story here is that when you play the lotto, you need to ensure you tick all the right boxes, and that having the wining ticket may not always be enough!