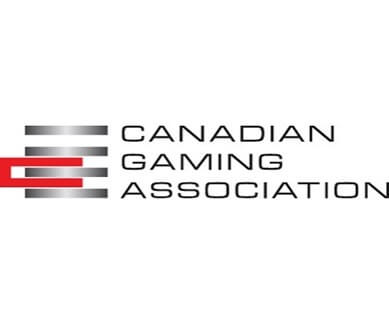 In online gambling Canada news, the Real Luck Group, which specialises in betting sites Canada, has officially joined the Canadian Gaming Association (CGA.) The group does business in the country as Luckbox, and as of the 18th of February 2021 was officially accepted into the CGA.

The CGA is, of course, the trade association for iGaming in Canada, dedicated to promoting the economic value of licensed, regulated online gambling activities. The organisation is also firmly committed to advancing iGaming services via research and technological innovation.

In regard to the Real Luck Group, Quentin Martin, company CEO, shared a few thoughts.

Martin explained that joining the CGA was an important step of any organisation looking to offer legal, real money betting sites Canada, or online gambling Canada services in the country. He stressed that the association was about unifying the voices of shareholders and providing a means to drive the evolution of public policy.

He went on to declare that he was optimistic about legislature for single event wagering in Canada being on the horizon, which in turn would open up new betting site Canada options for eSports. Once the legislature had passed, he pointed out, Luckbox would be there to offer wagering options in safe, regulated environments that kept the public secure.

He concluded by saying that eSports was seeing a massive local increase in popularity, and Luckbox, an award-winning corporation that was now a member of the local association, was ready provide the services that are increasingly in demand.

CEO of the CGA, Paul Burns, shared a few thoughts of his own. He first declared that he was proud to welcome Real Luck Group as a new member and was excited to see what they would bring to the table. He pointed out that the betting site Canada company was strategically poised to take advantage of anticipated changes in the landscape, which was a great opportunity for local business.

Burns elaborated by saying that he looked forward to working with Real Luck Group, and that he was always ready to help in any way he could. He concluded simply by saying that driving forward growth in the new, potentially major segment of the market was going to be an interesting prospect.

Popular casino game developer PLAYSTUDIOS has collaborated with some of the most talented artists that Las Vegas has to offer. The one-of-a-kind artwo

One of Canada’s brightest and youngest tennis stars, Bianca Andreescu, has announced that the foot injury she sustained during the final of the

Few head-to-head matches in the Poker world have been as hotly anticipated as Hellmuth versus Negreanu. For weeks prior to the event, the pair took sh

On 5 April 2021, the Great Canadian Gaming Corporation provided a briefing on its previously agreed upon online gambling deal with Raptor Acquisition

We use Google for everything, from finding the best casino games to diagnosing why we’re feeling under the weather. And while the former is a gr

The Alberta Gaming, Liquor & Cannabis Corporation has revealed that it plans to expand its online casino offerings throughout the province. Made p

Boston based iGaming mega-corporation DraftKings has made a bold claim. Namely that the sports betting and online gambling Canada industry will genera