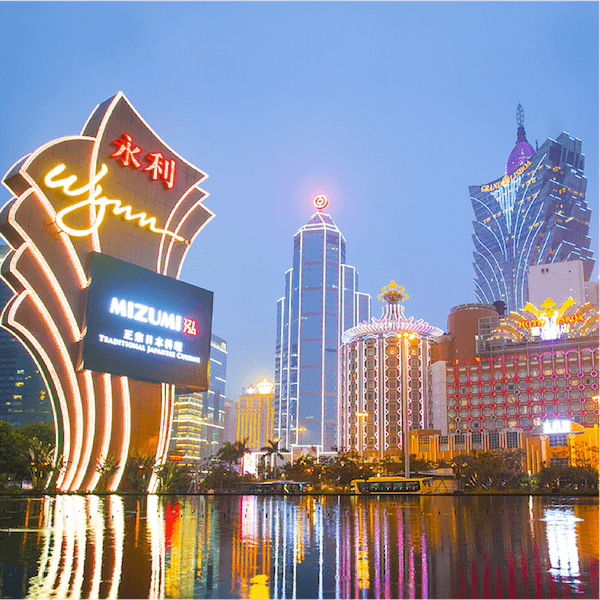 Macau has long been Asia’s central gambling hub, with the Chinese territory relying almost entirely on gambling-related revenues generated from its many casinos. Now, the gambling territory has revealed even more positive news related to its growing casino income, noting that its monthly gaming revenues continued to burgeon in September, extending its growth streak to 14 months in total. Macau is considered to be the world’s largest gaming hub, boasting some of the globe’s largest and most impressive casinos such as the City of Dreams Casino, the Grand Lisboa Palace Casino, the MGM Grand Casino, and the Rio Casino and Hotel Macau. The region is even home to the largest casino in the world – the Venetian Macao – which boasts casino floor space of 500,000 square feet and incredible attractions, including indoor Venetian-style canals and gondolas.

Now, according to new data posted by the Gaming Inspection and Coordination Bureau, Macau’s gross gaming revenues skyrocketed once again last month, rising by 16.1% year on year to an impressive total of MOP21.4 billion ($2.7 billion). Analysts have proposed that the reason behind the region’s record-breaking 14 months of positive growth and increasing revenues is due to climbing numbers of VIP and high roller players visiting casinos in Macau. And as the region enters Golden Week, Macau’s number of visitors from China is expected to increase by as much as 5% the number of Chinese visitors in the Cotai district during Chinese national holidays.

Chinese gamblers and their funds have helped to sustain Macau’s growth during the summer months, since the number of mainland Chinese customers entering Macau casinos surpassed the two million mark both in July and in August, according to data from official studies. Furthermore, the government of Macau has revealed that it will soon be releasing a 15 year plan with the intention of boosting tourism in the region – with its casinos being the primary target. The government’s key objectives at this point include new plans to rebrand the territory of Macau as a ‘multi-day destination’ to encourage visitors to stay longer and explore everything that the casino gambling hub has to offer. The state is also planning to manage local tourism capacity in order to facilitate and attract even more tourists, thereby boosting its gambling revenues even further during the coming months.