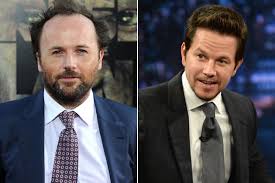 Although still in its very early stages, it appears to be becoming increasingly likely that a reboot of the iconic film The Gambler is set to star Hollywood legend – and, lest we ever forget, former rapper – Mark Wahlberg. Karel Reisz’s original 1974 crime drama The Gambler tells the story of a Literature Professor, played by James Caan, who loves the thrill of gambling.

He plays at Casinos, he bets on basketball games and despite sometimes winning a small fortune on a game, he quickly blows it again on his next bet. It’s a great story for showing the risks of gambling addiction, if somewhat sensationalised to add to the drama, and it also reveals the genuine excitement and the thrill associated with playing high stakes Casino games.

The remake currently looks set to star Mark Wahlberg, although Leonardo DiCaprio has previously been linked to the role. Wahlberg should be an excellent choice – critics are currently speculating his selection to be in part due to his acclaimed performance in gangster film The Departed – and if handled well The Gambler could rejuvenate a classic whilst bringing in a whole new audience.

Rupert Wyatt, who resurrected the Planet of the Apes franchise in 2011, is currently linked to the Director’s chair for The Gambler project, with William Monahan, who wrote The Departed, set to update the script. It’s difficult to say whether Paramount is taking too large a gamble on The Gambler.

The stakes are always high when remaking an old classic; however, on paper, the combination of Monahan, Wyatt and Wahlberg would appear to be a winning formula. We’ll just have to watch this space to see if The Gambler remake has hit the jackpot.