Mark Wahlberg to Star in ‘The Gambler’ Remake 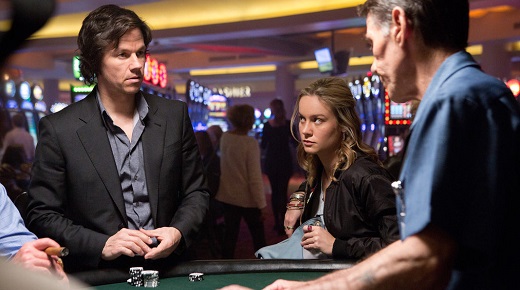 Hollywood heartthrob Mark ‘Marky Mark’ Wahlberg is set to start in the remake of the classic 1975 film ‘The Gambler’. ‘The Gambler’ remake carries the same name as the original but will convey a somewhat different tone and message and Wahlberg’s character will be vastly different to that played by James Caan in 1974.

Anyone old enough to remember ‘The Gambler’ (1974) will recall that Caan played a university professor with a gambling addiction that begins to spin out of control. It’s a fast-paced and thrilling drama but also a sensitive and emotive portrayal of the world of gambling.

The film also showed the rougher side of life as an illicit gambler in New York City as Caan’s character, Axel Freed, is unable to control his gambling and it begins to spiral out of control.

Rather than focusing too heavily on the gambling the film develops into a fascinating character study of Freed and his journey to rock bottom. Karel Reisz’ classic is now in the final stages of a remake with the main character – this time a man named Jim Bennett – played by Mark Wahlberg. Unlike Freed, Bennett is the heir to a fortune whose material successes have been handed to him in life. “This is not a man whose life is out of control,” said director Rupert Wyatt. “This is a man who’s in a prison. He exists within a gilded cage.

He has all of these opportunities, he has looks, he has wealth, he has education… That is essentially the story of an overdog wanting to become an underdog.” Ultimately Bennett is a more optimistic character than Freed as he is not so much self-destructive as a man bent on tearing down the walls of his life so that he can build a new one.

Of course Casino fans will be hoping to see some good gambling scenes in a film named ‘The Gambler’ and this doesn’t disappoint. The opening scene begins just like the original with the lead character winning at Blackjack. Casino fans will also be pleased to hear that the remake features a lot more table games than the original which tends to focus more on sports betting.

Jim Bennett is hooked on the thrills of Blackjack and Roulette and the excitement of these games will keep the audience on the edge of their seats throughout the film. ‘The Gambler’ is released to Canadian audiences in January.