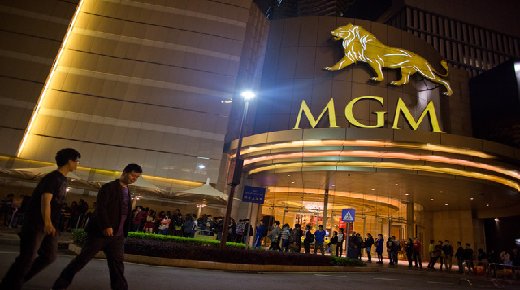 US Casino company, MGM Resorts International has had some good news this week with the Chinese government winning approval for its second casino-resort in the gambling Mecca of Macau. In the most profitable gambling market in the world this is a big step for MGM China as they look to strengthen their position in this increasingly lucrative market. Macau’s official government gazette published notice of MGM China’s plans to build the resort in the Cotai district which will reportedly cost over $2.5 billion. The announcement means that the Las Vegas based company will take another step closer to competing with their opponents who already have a bigger slice of the Asian gambling pie. In November 2012 the company stated that the land-concession for the project had been received, this will include a hotel with 1,600 rooms, 2500 Slot machines and 500 gambling tables.

Macau is one of the only semi-autonomous regions in China and has over the years become a cash-cow for major casino operators like Wynn Resorts and Las Vegas Sands Corp. The former Portuguese colony rakes in over 6 times the revenue of Las Vegas through its three dozen casinos. This startling statistic is, in a nutshell, why MGM China has been so persistent with their expansion program within the region. Revenues are up by 14% from the previous year, taking the total to $38 billion for 2012. Overall growth was down from 42% in 2011 which emphasizes the importance of casino operators around the world lining up to collect a share of the market while it’s still hot.

Grant Govertsen of Union Gaming Research wrote, in a note to clients, that: "a very important milestone in the project's development timeline likely came sooner (perhaps significantly sooner) than investor expectations," and estimates that the new MGM casino should be open by at least mid-2016. With that in mind, and pending the official license to break ground on the build, MGM China will double its presence in Macau, paving the way for easier future expansion as punters continue to flock to the gambling capital of the world. By Dominic