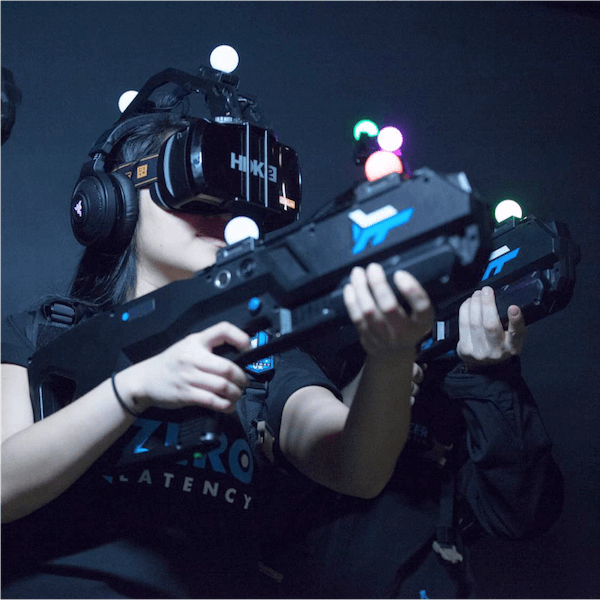 Las Vegas-based MGM Grand Hotel & Casino is expecting an invasion of the living dead. According to an announcement by the casino, players could potentially win money by defeating the invading zombies in a ground-breaking free-roam VR game developed by Zero Latency. The new game is set to take skills-based gaming to new heights. Skills-based games have become all the rage in some casinos as they struggle to attract and retain the attention of millennials.

The game, which required more than 185 square metres of space in the casino’s new Level Up game lounge, will open on 8 September. It will offer players three different 30-minute gaming options. The first, Zombie Survival, will see as many as eight players will be able to move through an interactive arena that recreates a post-zombie apocalyptic world. The players will be armed with weapons to neutralise the brain-hungry undead as players attempt to restore barriers that have been destroyed. The second option, Engineerium, places players in a world populated by fantastic creatures such as flying whales. Taking their place on floating platforms, players will need to solve various puzzles based on physics problems. The third option, Singularity, is set in a secret space station that focuses on military research. In this game, players need to move through the space station and destroy drones and robots.

All zombies, drones, and other enemies and obstacles players encounter while playing the new game are VR. The physical space in which players move features no obstacles or barriers whatsoever. Everything seen and heard by players will come by way of high-tech wireless goggles and wearable computers. In multiplayer games, players will be able to see and communicate with one another in the form of avatars, chosen at the start of the game. MGM Grand president and COO Scott Sibella said that the casino aimed to be a venue that offers exclusive entertainment to players, and added that Zero Latency was the best choice of game provider to make that possible. According to Sibella, the game will be the first of its kind in Sin City.

The move by MGM Grand is just one example of how casinos in Las Vegas have responded to a major shift in the North American gambling world. A New York Times survey published earlier this year showed that only slightly more than 62 per cent of the 27 per cent of American millennials who visited Sin City’s casinos had actually gambled. Casino operators realised that American millennials wanted games that were more skills-based than traditional offerings such as slots, Blackjack, and Roulette. However, while American casinos adopt an increasingly skills-based approach, a survey published by Germany’s gambling regulator found that table games such as Roulette remain as popular as ever, if not more so, among younger players in that country.