Microgaming to bring Battlestar Galactica back to Earth 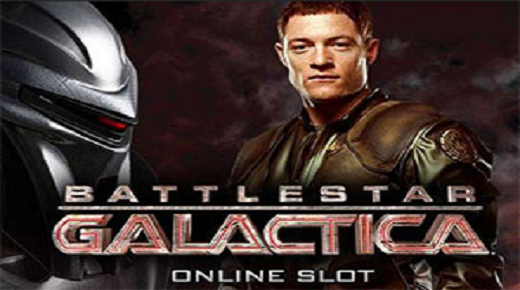 The original Battlestar Galactica series launched in 1978 and its popularity saw it followed by a second series, book adaptations, original novels, comics and even video and board games. The compelling story behind the series was based on the last-surviving members of the human race and their struggle to forge a new home and to defend themselves against their deadly enemies: the Cylons. It was this story that captivated viewers from across the globe and that will soon provide the backdrop for Microgaming’s latest innovative Slot game.

Microgaming’s branded Slots have proved to be some of their most popular over the years, with titles such as The Lord of the Rings™ and The Dark Knight™ being two very good examples of their branded Slots’ recent success. Microgaming’s prevalence in the online gaming industry is down to their ability to provide the very best graphics, sound and overall gaming quality, as well as innovative new themes and features to keep players entertained and interested month after month. In this way, Microgaming is also able attract a new, wider fan base with each branded release, as the fans of the films, comics, TV series or computer games that feature in Microgaming’s portfolio will be drawn into the inviting and lucrative world of casino gaming that they might not have otherwise entered.

Director of Global Consumer Products for NBC Universal Television, Christopher Lucero, stated: “We’re confident that Microgaming can capture all of the action of Battlestar Galactica with the real-life exhilaration of online gaming; creating an exciting brand extension for Battlestar fans and gamers around the world.” Thus far, no date has been set for the release of the BattleStar Galactica Slot, but it’s expected that the game will be available to play before the end of the year.

So if you’re a science fiction fan or Slot lover ever on the lookout for Microgaming’s latest and greatest offerings, keep your eyes peeled for the launch of the Battlestar!