Will Microgaming Go become the go-to platform for mobile gamers? 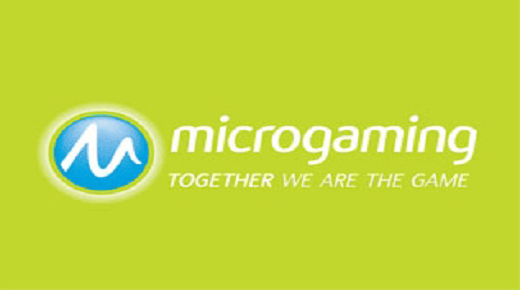 Microgaming has long been recognised as the world’s leading games software provider and now they are set to launch a brand new gaming platform, catering specifically to the ever increasing mobile gaming market. The new gaming platform will be called Microgaming Go and will be available on devices supporting HTML5 and Android Air. Microgaming launched its first mobile casino more than eight years ago and now supplies 42 of the world’s leading brands with its mobile products. It’s no coincidence that Microgaming are known as the leaders in their industry – what they offer is a greater range of innovative and high quality games than any of their competitors.

A dedicated mobile platform in the form of Microgaming Go will ensure that HTML5 and Android Air users can enjoy a gaming experience tailored with precision and expertise to ensure impeccable quality. The mobile gaming market has grown rapidly in the last few years and there is an increasing demand across Europe for advanced mobile products which Microgaming, as ever, is keen to be first to meet. Microgaming Go is available in six languages: Spanish, Danish, German, Swedish, Russian, and Dutch. One of Microgaming’s most popular and  famously lucrative games, Mega Moolah, has also been launched on the HTML5 platform and there’s no doubt Microgaming will continue to expand their mobile games selection in the coming months. All their very latest mobile games will be on display at the EiG expo in Barcelona, commencing on 16th October, 2012, including popular mobile titles such as Spring Break and Ladies Nite.

Just as Microgaming’s position as the innovators of the industry looked to be more secure than ever, their biggest competitor, International Game Technology (IGT,) is also due to unveil a new mobile product. IGT rgs Mobile will allow users to integrate the mobile casino onto their existing online casino platform using a remote gaming server. This means mobile gamers will have access to all IGT’s future releases, including some highly appealing titles such as Elvis: A Little More Action, Kitty Glitter and Wolf Run that will be launched in the near future. In fact, IGT has guaranteed that no less than twenty new games a year will be added to IGT rgs Mobile, along with tablet optimised games due to be launched in early 2013. Commercial director at IGT, Leigh Nissim, has spoken of the high demands of players today and how they expect the best Slots to be available to play on every possible platform. Nissim stated with confidence that "IGT has been providing the best casino-style games for more than 30 years, and our investment in mobile will take us to the front of the mobile gaming industry."

Whether IGT can usurp Microgaming with the release of IGT rgs Mobile, or the industry leaders will remain a firm favourite, with Microgaming Go serving to strengthen their dominance, remains to be seen. One thing that is for certain is that it’s a great time to join the mobile gaming revolution as the product quality, selection of games and cash prizes on offer from the palm of players’ hands has never been so impressive.