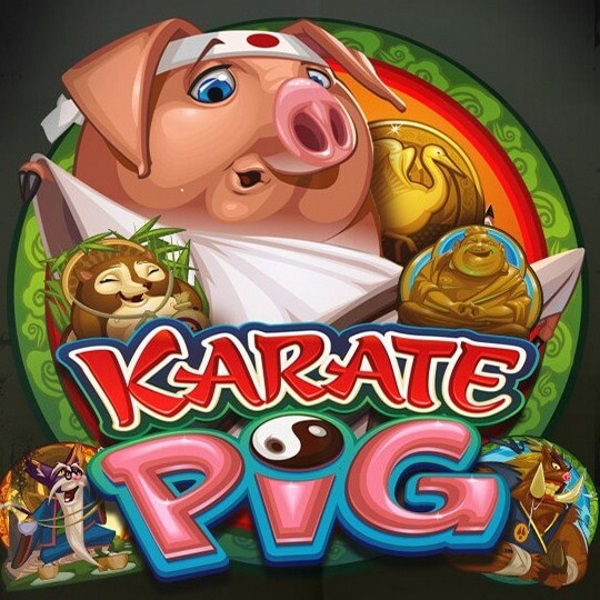 Microgaming is due to release the latest addition to its enormous catalogue of games on the 4th of April, 2012. As the industry’s leader in games software creation, Microgaming sets the standard for all other software providers. Their games are both innovative and lucrative, offering online gamers some of the web’s biggest jackpots and most entertaining themes. Microgaming generally releases at least one new game each month. This April, it is the humorously titled Karate Pig that will be made available to online gamers across the globe through Microgaming powered casinos. Karate Pig does not disappoint, with a fun new theme and graphics to enjoy, along with a new opportunity to win one of the big cash prizes Microgaming has come to be synonymous with. Karate Pig is a 5 Reel Video Slot with 40 Paylines that falls into the ‘comic martial arts genre’.

This has a broad appeal to a large market of Video gamers, for whom the martial arts theme is a regular feature. Microgaming’s use of Japanese culture also adds to the appeal of the game. Laughing Buddha and Bonsai Tree symbols create an attractive visual appeal, as well as setting the scene for the comic Pig Sushi Chef. The Karate Pig logo is Wild, meaning it can substitute for all symbols except the Scatter. The Wild can also appear stacked on the Reels to give an even bigger payout, offering a 2,000 coin base game jackpot. The Karate Pig Sushi Chef symbol is the Scatter. The multilevel Bonus Game is triggered when three or more Scatter symbols appear anywhere across the Reels. The player must climb the ranks within this Bonus feature to earn bigger cash prizes.

The player’s ranking on the karate belt is raised each time the Bonus round is triggered. The player is then given the choice of two Bonus rounds: the Pork Chop or Hammer Bonus. When the player reaches the seventh level, black, they will go to the Final Showdown Bonus. In this exciting finale, the Karate Pig must face his most feared opponent. If the Karate Pig is victorious, the player will receive a generous reward. If the Pig loses, the Final Showdown Bonus can be triggered again for another chance to win big. The game also boasts a second screen Free Spins feature. This is far less complex than the Bonus rounds.  If the Free Spins symbol appears anywhere on Reels 1 and 5 simultaneously, the Free Spins Feature is triggered. Within this feature the player is awarded 15 Free Spins with doubled payouts, making this a fantastic opportunity to boost their payout. A maximum of 800,000 coins is up for grabs within the Free Spins feature, making it the most lucrative aspect of the game. 5 coins can be wagered on any one Payline, making the maximum coins per spin 200. You can wager from as little as 0.01 up to 0.50, meaning Karate Pig is a game to be appreciated by Slot players on any budget.

You can play Karate Pig at a Microgaming powered casinos from the 4th of April. Slot lovers are sure to enjoy the fun theme, enticing features and multiple ways to win big cash prizes. Play Karate Pig at Spin Palace Casino with $1000 Welcome Bonus.