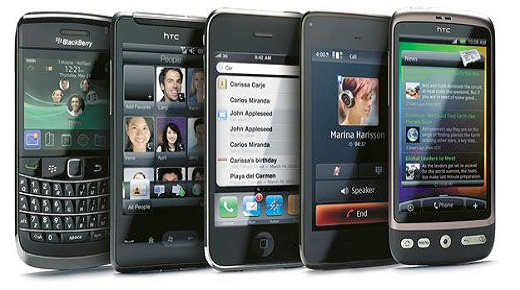 Imagine carrying a casino in your pocket at all times, accessible to you at your own convenience any time of the day and anywhere you are. It is indeed the power of imagination of some genius mobile app developers that they came up with the idea of introducing online casino apps to people’s cellphone. If you are a devoted gambling player, could there be anything more that you could ask for? Quite expectedly, online casino mobile applications have managed to transform the perceptions and parameters that once defined virtual gambling sites.

With the introduction of smartphones, mobile applications like online casinos have received a definite boost. It has resulted in greater participation in online gambling from existing and new players, as reflected by a study that found that in the year 2010, the mobile casino apps generated around $20 billion revenue.

For players, the mobile casino apps offer a wide variety of games, much like playing in a real life casino. With their cellphones, tablets or even notebooks, gambling lovers can now enjoy the classic casino games such as craps, poker, video poker, slots, blackjack and roulette. However, as can be expected, the graphic detailing of the mobile casinos is quite inferior to the online casinos for computers, and this happens to be one of the most commonly registered complaints of players who play casino games on their cellphones.

The good news is that mobile application developers for online casino games have been trying to come up with improved versions for the games, laying greater emphasis on their graphics and user friendly interfaces. Undeniably, the area where these online casino mobile apps have established their superiority is their simple to understand guidelines, as well as the innovation that they have brought in the mobile gaming and app industry. Users wishing to download any of these apps into their cellphones should first ensure that they have enough memory space in their cellphone memory.

Generally, these mobile apps occupy a significant amount space in the mobile phone memory, affecting the speed and performance of the device. Although most mobile phones come with a built-in memory card, users can install a memory card with a higher capacity for their phones if they do not have enough space in their existing chip. Subscribing to an online mobile casino app is generally free of charges. However, users will be required to pay connectivity and internet charges to their cellphone service provider. Moreover, the mobile casino app software will require regular updates as their newer versions keep entering the market. To get a general feel of how mobile casinos work and what your opinion is about them, it would be advisable for players to start with casino apps that do not charge money. Once they get the hang of it, it will be much easier for them to get started as regular mobile casino players.

Summary: Mobile casino apps are the newest rage. In a short period, they have become quite popular among players who have a liking for virtual casinos. Players are encouraged to ensure that their cellphones support these apps before downloading them.