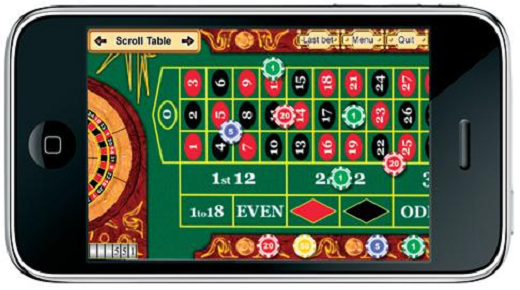 Within the next five years, mobile casino gambling is set to increase fivefold according to Jubilee Research. Owing to the legalisation of online gambling in the US, social gambling and more importantly, the advent and growth of mobile technology (smartphones and tablet devices) mobile gambling is set to become a $100 billion industry globally by 2017. At present, mobile gambling is estimated to be worth $20 billion per annum. Looking ahead, when mobile wallets are introduced, enabling providers to make payments direct to players, the jump in revenue will be massive.

Social gambling website, Zynga, is joining forces with Facebook to provide what players are for, real-money social gambling. So far, Facebook has not been able to generate income from third party mobile apps, but with legislation changing at a fast rate, this could soon be a thing of the past. Select US states seeking to legalize online gambling, which includes Blackjack and Poker, are also looking at ways of gaining tax revenues via mobile gaming. State tax revenues could reach $5 billion within the next decade according to US Digital Gambling who also states that that number could double when combined with social gambling sites.

Ultimately, state governments are coming to the realisation that allowing online gambling will only further their revenues, thus giving them more funding to run their states more efficiently. As a result, legalization of gambling is moving much faster than federal government plans. What could be of great interest to potential players is that not only will mobile casino games become an online reality, but also state lotteries will be looking to migrate online as well, despite the opposition from traditional retail ticket sales agents. Physical, land based gambling establishments, whether racetracks, dog tracks, land-based casinos or tickets sales agents will eventually have to face the inevitable. Internet gambling in America is starting to gather speed and millions of users will be accessing their services via online mediums, sooner rather than later.