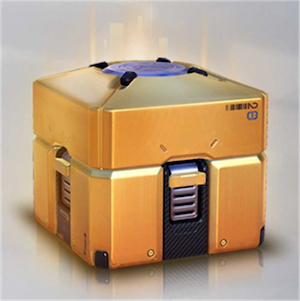 Following months of controversy across the globe as to whether or not loot boxes found in video games were akin to gambling, another country has weighted in, and says that they are unhappy with the situation. Dutch gambling authority Kansspelautoriteit (KSA) has released a document revealing that 4 out of 10 loot boxes in video games have been found to violate the Wet op de Kansspelen (the Dutch Betting and Gaming Act). The regulator used its report to highlight the fact that many loot boxes incorporate elements of chance into games that are typically based on skill, making their very nature a controversial – and potentially hazardous – topic. Loot boxes, also commonly known as loot crates, are purchasable items in video games that contain other items like weapons, armour or ammunition. Their contents could help players to improve their game performance, but they often contain items that players already have or ones that simply allow for basic customisation. The contents of a loot box will only be revealed once it has been purchased.

In the study, the Kansspelautoriteit noted that some items in loot boxes could also be traded outside of a video game, meaning that they could have monetary value. However, under the Betting and Gaming Act that regulates the sports betting and online casino market, the offering of games of chance and the distribution of items with market values are strictly outlawed without proper licensing. It is also crucial to note that there is currently no developed licensing system for the allowance of activities in the Netherlands that incorporate elements of chance. By default, this makes such games and their offending elements illegal.

Regulator To Take Action From June

The Kansspelautoriteit has also pointed out that 6 out of 10 loot boxes that were evaluated did not contravene local gaming laws, as they did not offer items that have monetary value. The regulator called on video game developers and suppliers to ensure that their loot box-containing games comply with Dutch laws, warning that it will take enforcement action against all violators from June 20, 2018 onwards. The KSA began its investigation into the loot box issue after the initial release of Star Wars: Battlefront II and the resulting wave of criticism that its offering of loot boxes resembled gambling. Many players felt that the game promoted gambling activities among children, teenagers, and other vulnerable players. Aside from the legality of loot crates, the regulator also investigated whether the boxes could pose risks of addiction. It concluded that all loot boxes studied ‘could be addictive’, although it did state that these boxes showed no indications of widespread use by problem gamblers or addicts. The KSA believes that loot boxes have a moderate to high risk addiction potential, which depends on the way in which they are offered and whether or not players are able to open unlimited crates.