Two more Online Gambling Bills fail in the US 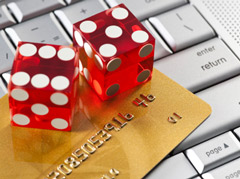 News accounts regarding the failure of online gambling legislation in Hawaii are not surprising, given the fact that Hawaii is one of the two states, Utah being the other, that deem gambling in any form to be in violation of state law. As Internet gaming, especially online poker, is gaining in popularity around the globe, with only a handful of restrictions, Hawaii allows poker games to be legally conducted in individual residences and private social clubs.

Despite U.S., Department of Justice revisions to the Wireless Act, Hawaiians are caught up in a vicious circle, as they watch attempts by elected officials to circumvent these new revisions. One stipulation permits all forms of gambling, with the exception of sports betting, to be legalized, regulated and implemented by states and for all revenue generation to benefit individual state coffers. Included in Hawaii's S.B. 768 -- 2013 are proposals for the creation of an Internet Lottery and Gaming Commission. Other provisions address the participation of Hawaii with other states in multi-state lottery games. At this point in time, while a number of states participate in Mega-ball and Power-ball games, Hawaii is currently a No-ball state.

Proponents of the bill acknowledge that while many Hawaiians view gambling as a detriment to the human values of honesty and fairness, few if any criminal penalties relative to participation at off-shore online poker websites have ever been levied. Under Hawaii's social gambling statues, it is legal to play poker in private homes, and at social clubs where non-member access is not permitted at any time. In both of these venues, while playing for money by legal age gamers is permitted, the sale of foods and beverages is strictly prohibited. The playing of bingo in conjunction with charitable donations and the sale of raffle tickets in fund-raising efforts is against Hawaii law.

At the Hawai poker championship, it is U.S., legal to participate in any competition included in the daily cash game listing. According to Iowa S.B. 1068, slot machines and pinball machines less than 25 years old may be housed/operated in any casino or gaming establishment. Yet to be heard in the Iowa House of Representatives, Senate File 2275-2012 calls for in-state online poker legalization at currently licensed land-based casinos. Iowa poker rooms are permitted to allow Internet Texas Hold'em and stud/draw poker games at the request of consumers. Non-Iowa residents are allowed to play as long as their participation is not in violation of home-state or federal regulations.

New proposals to S.B. 1068 include strict guidelines relative to record keeping. All poker game room logs must include player ID, number of games played, win/loss accounting and applicable taxation with-holdings. All records are subject to inspection at any time by the Iowa Gaming Commission. No changes are proposed for the sale of state lottery tickets and the playing of bingo at charity fundraisers and on Native American reservations. In addition to tribal reservations, poker games may be held on riverboats and at racetracks. Unlike Hawaii, in Iowa all poker games must occur at casinos or social clubs as in-home games are forbidden by law. At social clubs, strict regulations apply including a $50 win/loss limit during a 24-hour period. Since the makeup of the winner's pot must include the initial wager, if a player bets $25 and wins $55, his/her $5 profit could be cited in a court of law as being in violation of Iowa gaming statutes. While S.B. 1068 calls for all online poker websites to be licensed and regulated by the county in which they are based, Iowans are legally free to play at all U.S., regulated online poker sites.

Under current Iowa law, only the placement of bets on non-regulated sites are deemed to constitute criminal activity. Charitable bingo games and raffle fundraisers held in churches, schools or other public-accessible areas are currently legal under Iowa law provided a special permit is issued by the city/county in which the event will occur.