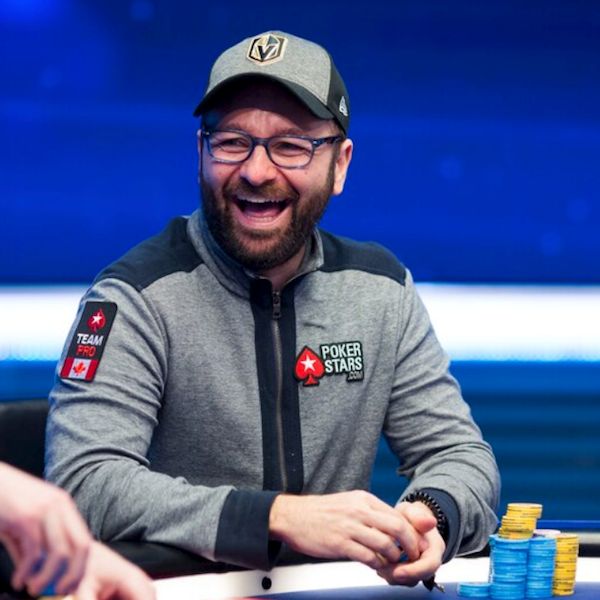 Iconic PokerStars ambassador and professional Canadian player Daniel Negreanu is no longer aligned with the popular firm. The player announced his departure from PokerStars recently after a fantastic 12-year stint in a short video posted on his social media channels.

The split has reportedly been dubbed a friendly one by both parties involved. It comes as The Stars Group has confirmed that New York and London-based advertising agency Anomaly will soon lead its flagship gambling brand.

In a short press statement on the PokerStars blog, the company noted that Negreanu was an ideal fit for the world’s biggest online operator, and that he will “leave a huge hole” in the ranks of Team Pro. The brand also noted that it owes the skilled player a huge debt of gratitude, as does the card game as a whole.

PokerStars did also note in its statement that Negreanu is now looking forward to married life, and what will soon be family life as well. It noted that the player is a Poker Hall of Fame inductee, a six-time WSOP bracelet winner, and is also second on the global all-time tournament money list. According to the firm, he will remain the game’s most recognizable icon and its most sought-after player, and they wish him the very best for the future.

In related news, The Stars Group also recently hosted its fourth annual Right to Play sports quiz. The event raised an impressive $262,000 to help the charity in its quest to deliver life-changing work to those in need.

Having first teamed up back in 2014, both parties have raised well over $1.7 million for charity thanks to hefty donations from The Stars Group’s charitable arm, Helping Hands. The generosity of players and employees of the company also contributed to this considerable feat.

Head of Corporate Giving for The Stars Group Sue Hammett commented on the news by noting that her company is thrilled to have supported the sports quiz for the fourth year running. To raise $262,000 is an amazing achievement, she said, and one which will help Right to Play to carry on with their noble work. Hammett thanked everyone who took part in their event for their passion, their enthusiasm, and their generosity as well.

Just weeks ago, Right to Play also announced an international partnership with the Liverpool FC Foundation, the Liverpool Football Club’s official charity. Right to Play UK National Director Nikki Skipper commented that her organization is grateful for the amazing support of the Stars Group, and also that of the teams and individuals that attended this year’s sports quiz fundraiser. The funds, she said, will have a huge impact on needy children in educational programs across Asia, Africa and the Middle East.