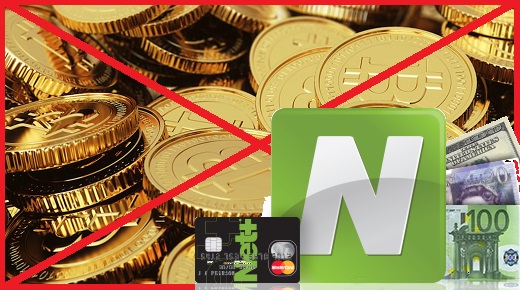 The Neteller terms of service now state that it is prohibited to make use “of Neteller to facililtate the trade, exchange, purchase or sale of bitcoins, or any other virtual currency.”

Why is This Happening?

Despite the fact that Neteller operates in the Isle of Man, a jurisdiction which supports both online Casinos and Bitcoins, Neteller is choosing to ban completely the use of bitcoin using via its payment processor. This is contrary to the position taken by the Isle of Man government, which states that it will “take specific actions aimed at helping to protect businesses and customers utilizing digital currencies and provide and environment for high-quality businesses in this rapidly emerging field.”

Nothing is wrong with bitcoin, but as a virtual currency it’s typically volatile in nature right now. The field of virtual currencies is improving at an extremely rapid rate, but it’s not entirely surprising that, for the time being, Netller has decided not to be affiliated with the bitcoin.

Where Can You Use Bitcoin?

Bitcoin is currently very popular with online Poker operators and can be easily compared to a Poker chip system. In fact, there is even a bitcoin only Poker room – Bitcoin Poker – which allows players to enter using purely bitcoins. This means that all payments are also in bitcoin. However, Neteller is intent to draw a distinction between the Casino payment methods that it supports and virtual currencies such as bitcoin.

What Will the Consequences Be?

It is suspected that the prohibition of bitcoin by Neteller will be, at least in the short term, a huge blow to the value of bitcoin and several other virtual currencies. Potentially the biggest damage that Neteller is causing to bitcoin is in reputation alone, as it is effectively removing its endorsement.

To find out more about Neteller, bitcoins and several other of the most popular online Casino payment methods, click here.