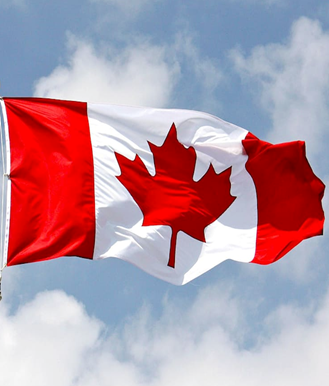 When premium online casino solutions supplier and online gaming content studio NetEnt acquired specialist slots studio-giant Red Tiger in September of last year for a sweltering US$287 million, the message sent was loud and clear: NetEnt had significantly stepped up its global expansion endeavours – and with a particular focus on the U.S. and Canada.

And perfectly prophetic those early predictions turned out to be too, with NetEnt and Red Tiger’s recent expansion in Canada being the so-called proof in the pudding.

NetEnt, a studio widely acclaimed and held in high esteem in the online casino industry, is the creative studio behind some of the most popular slots available to players at this present moment. Leading titles along the lines of Jack and the Beanstalk, Starburst, Dracula, and Twin Spin, have not failed to impress. Meanwhile Red Tiger, makers of games such as Piggy Riches Megaways, Arcade Bom, Lucky Wizard, and Dragons Luck Stacks, continues to go from strength to strength.

In fact, award-winning online casino software studio Red Tiger needs no introduction at all. Founded in 2014, the studio has consistently focused on expansion in Europe and Asia. Since then, the studio has grown to prominence all across the U.S. and Canada also – and owing to the quality of Red Tiger’s content, this rise to local fame would have been anticipated to happen sooner rather than later.

Quality Is What Sets Them Apart

Red Tiger’s rise to local prominence was largely prompted by the studio’s commitment to quality and user-friendliness. Their online video slots are today regarded as some of the best in the business, with the sheer variety of themes and features ranking right up there with the best of them.

Another key focus area central to the studio’s rise to prominence – and especially so across the U.S. and in Canada – has been Red Tiger’s expert understanding of how mobile technology fits into the future of the global online casino industry. All Red Tiger games are touch-screen compatible, playable on all major mobile devices and handsets, and available in landscape view as well as portrait. They truly have catered to every need and preference currently out there and are committed to continuing to do so in future.

Significant too in Red Tiger’s rise to the heights of prominence and popularity has been NetEnt’s involvement at the helm ever since last year’s acquisition of the year.

NetEnt too, have been focused on rapid growth and expansion in tech-dominated countries. Aside from the recent partnership deals inked with the pair of Canadian online casino no operators, the iGaming and support-solutions behemoth has also signed several significant big-name partnerships in the United States – deals concluded as recently as Q3 of the current year.

And theirs is a success absolutely reflected where it matters most – in the numbers.  An interim financial report covering the period January to September 2020, and one only recently published, truly does say it all. NetEnt for the mentioned period posted a phenomenal 17 per cent year-on-year revenue improvement – with Q3 earnings posted for 2020 an impressive 18 percent higher than those posted for the same period last year.

Suffice to say, now that NetEnt and subsidiary studio Red Tiger have increased their focus on Canada and the U.S., we can well expect to see only more good tidings coming our way from two exceptional stars of the online casino industry.