Nevada casino revenues on the rise 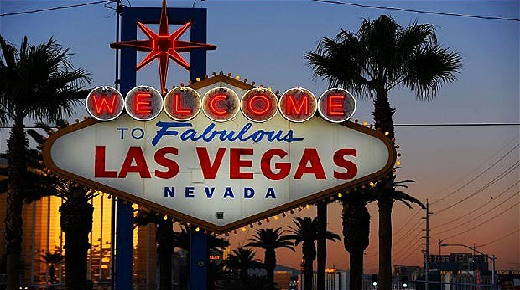 The centre of the gambling universe has seen a rise in revenue over the past 12 months. Gambling revenue for Nevada land-based casinos was up 5.7% in February 2012 to $932.2 million, said state regulators this week. The NGCB (Nevada Gaming Control Board) said there are approximately 40 casinos on the Las Vegas Strip with a combined revenue stream of $530.7 million, up 3.3% when compared with February 2011.

The Vegas Strip accounted for 56.9% of the Nevada gambling revenue in February, in contrast to 58.2% just a year ago. Senior gaming analyst at the NGCB, Michael Lawton said the statistics were positive signs for Nevada even after considering the 3.5% bump owing to the extra day in February in the leap year. "It was a really broad-based growth story," he said. "It wasn't just baccarat and the Strip -- it was pretty widespread." Casinos on the Strip won $113.9 million from Baccarat alone, down almost 19% from the same month last year.

This is still significantly more than that won from Blackjack, Roulette, Craps and various other table games Downtown Las Vegas brought in $45 million and was up 13.7% in February. The Boulder Strip brought in $72 million that month, up nearly 23%. Reno casino takings jumped 8.2% to $44 million while South Lake Tahoe winnings climbed 10.3% to $15 million in February.

Lawton said the state's casinos have enjoyed 5 consecutive months with year-on-year growth, something that hasn’t happened since 2006. "We're starting to trend in ways that we really, really want to," Lawton said. Based on taxes alone, Nevada raked in almost $70 million from winnings, which was a massive 69% increase on the previous year. Taxes collected for the fiscal year were up 4.4% to $481.7 million and regulators said gambling revenue was $7.28 billion for the first eight months of the fiscal year, which began in July, up nearly 4%.

When you take a long hard look at the numbers, it is all good news at the moment for the Nevada gaming industry. This could be an indication of things to come for not only Nevada based casinos, but land-based casinos throughout the US. With steady increases in revenue for the Las Vegas casinos and tax intake for the state of Nevada, this can only mean a better service for players as investment and generation continues.