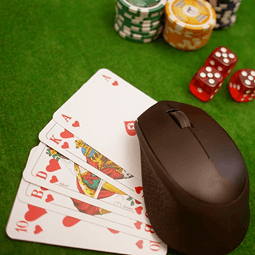 Big online casino games news this week is an announcement by Nolimit City regarding an exciting new partnership with 888Casino. The partnership will ensure an expansion of Nolimit City’s reach across the global iGaming landscape.

The deal is set to be of enormous benefit to Nolimit City due to 888Casino’s extensive global footprint. The brand is owned and operated by online gambling and Poker giant 888 Holdings, which is one of the biggest role-players on the international online gambling scene.

The partnership with Nolimit City is only the most recent in a long line of similar deals forged by 888Casino across the past number of weeks.

Bustle Of Activity For Nolimit

Nolimit City too, has had a busy couple of recent weeks. The online casino games supplier has signed similar deals to that of the one with 888Casino, as well as having released several new iGaming titles. The latest game rolled out by the award-winning studio is its brand-new Fire in the Hole xBomb slot, a game that has quickly attracted international attention and acclaim.

Nolimit City as recently as only last month partnered up with TOPsport, which is a leading brand in online gaming in Lithuania. The deal has seen Nolimit expand for the first time roll out its top slot creations across the Lithuanian market, thereby enlarging its global distribution footprint even further and on a larger scale than ever before.

The integration means top Nolimit City titles like Deadwood xNudge, East Coast vs. West Coast, and San Quentin xWays, will all now become available to players via the 888Casino lobby. This means a world of new content becoming instantly available across all the regions offering 888 online casino games to players.

The 888 brand is an iconic brand and one immediately identifiable, said Nolimit City Managing Director and CCO, Malcolm Mizzi, of the exciting new link-up. This makes of the partnership an exciting affair to the online slots design studio, said Mizzi.

As for 888Casino, the latest partnership is all about bringing only the best in quality online gaming content to the brand’s global player-base, explained 888 VP B2B Casino Talya Benyamini, in response.

Sign up and WIN! Play at Canada’s TOP casinos NOW.