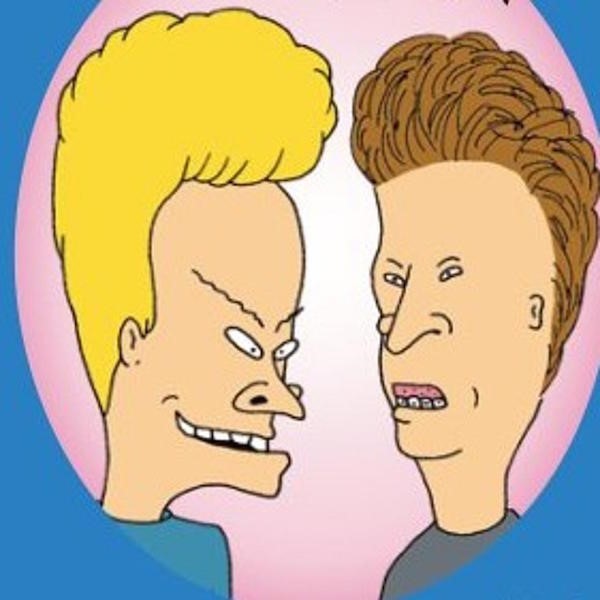 When one thinks of the MTV culture that spread across the world in the 90s, few characters come to mind as quickly as Beavis and Butt-head. The iconic duo was devised by Mike Judge a few decades back, and their crude but highly entertaining antics became a trademark of a hit TV show that combined rock music tracks with adult-only cartoon shenanigans.

Now, in a bid to keep that memory alive and well, Blueprint Gaming has announced that it will soon be releasing a new online slot based on the legendary show. This isn’t the first time that this developer has created licensed slots based on entertainment franchises; it also offers games based on The Naked Gun, Inspector Gadget, Spinal Tap, Ted, The Goonies, Top Cat, and Mars Attacks!

Blueprint has reportedly inked a lucrative deal that has allowed the developer to start creating an exclusive Beavis and Butt-head slot. In its announcement of the June 2019 release, the company also unveiled the fact that the game will include a range of classic moments from the show that inspired a generation.

In terms of design, the slot will offer 5 reels and multiple paylines, and start out with the unforgettable image of Beavis and Butt-head parked on their crumbling sofa, kicking back and watching TV. The reels will contain the pair themselves, along with a variety of other symbols, playing card icons, and special symbols that trigger various bonus rounds.

According to Blueprint, the upcoming title will also boast bonus games that are centred on the show and its titular characters. As Beavis and Butt-head were renowned for their obnoxious laughs and nonsensical quotes, these will definitely make it into the game – and one special feature is even inspired by this unique character trait!

If the pair begins to laugh in-game, one of the slot’s seven unique modifiers will be triggered to bring you enhanced winning potential. The bonuses on offer include Die Fly, Cornholio Wilds, Colossal Couch Fishing, Die and So Nacho, Butt Flambé, and a few other captivating choices.

In the game, landing three or more bonus symbols will also trigger yet another cash-packed special feature. There are, in fact, six bonus rounds to experience, each of which offers a unique characterization of the 90s’ favourite goofy pair. Be sure to look out for the Just Deserts round; you’ll get to see Beavis and Butt-head standing around in sweltering weather and handing out hefty cash prizes for the privilege!