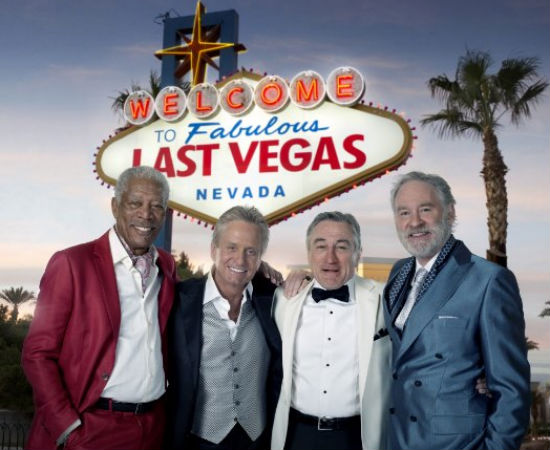 There seem to be Casino antics and gambling adventures featuring in movies left, right and centre lately and, although Last Vegas falls a little flat, it deserves a mention due to the charming performances by its star-studded, Oscar-toting cast. Starring screen legends Morgan Freeman, Robert De Niro, Michael Douglas and Kevin Kline, Last Vegas sees four sixty-something friends reunited in Las Vegas to throw a bachelor party for the last remaining single man among them.

Watching the film feels a little like you’ve jumped 30 years into the future for The Hangover Part 63, with the group of friends causing minor mayhem using their Casino winnings to pay for a high-flying penthouse at the glitzy Casino; yet sadly there are no tigers, Mike Tyson or naked men stuffed in the boot of the car. In amongst some clumsy, over-dramatic scenes there are, however, some beautiful moments between members of the cast, displaying the incredible screen chemistry and charisma you’d expect from such big names. As they come to terms with their vanishing youth, the old boys find that Las Vegas and the Casino feels very different to when they were younger men; and so charming but ultimately rather dull and predictable chaos ensues.

Mary Steenburgen is luminescent as a tax-return lawyer turned Casino lounge singer, and her classic Hollywood glamour brings a much needed touch of class to the film. It’s worth a watch if someone else is paying, and baby-boomers will most likely enjoy the heart-warming relationships between the characters – even if the plot is less than exciting. Here at gamblinginsider.ca we love a good Casino film, but Last Vegas fails to accurately reflect the excitement and thrills of a real Casino – do you agree?