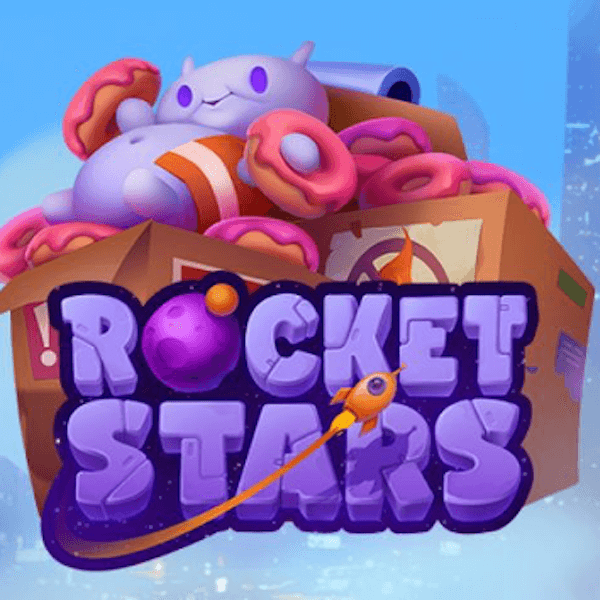 Casino software developer and supplier Evoplay Entertainment isn’t exactly the type that allows grass to grow or paint to dry. The developer’s latest online slot creation joins a long line of smash-hit titles already enjoyed by a satisfied operator and player collective. Rocket Stars joins the likes of Animal Quest, Nuke World and Reign of Dragons and all expectations are that the latest online slot to have hit regulated world markets will prove every iota as popular as the game’s award-winning selection of predecessors.

Rocket Stars, which is already live at all participating Evoplay Entertainment powered online casinos, follows a particularly charming premise and storyline involving a family of 5 “Starmallows” entrusted with the task and mission of putting together the variety of supersonic rocket that will prove successful at catapulting the 5-Starmallow-band all the way to the farthest end of the known universe.

The Future Is Space Travel

Evoplay has opted in on going full-on space travel futuristic with its latest iGaming release, which is of course a style proven awesomely enjoyable by the majority of modern-day online slots aficionados. And popularity and theme and all that aside, Evoplay has in its superb wisdom ensured that Rocket Stars can be played on any desktop system as well as on any mobile-tech-compatible device under as well as on the other side of the sun.

The background of the game features the cartoon-style family of Starmallows and is the base to a 5x3 reel-set complete with 20 fixed paylines. In order to register a successful win, players are required to land on the reels at least three or more symbols matching by nature. Bets are accommodating of any old budget and start out at a perfectly reasonably priced 0.10 for a spin of the reels. Those seeking adventure may opt instead to go at it full-force and are permitted to do so up to an upper-limit of 300.00 a pop – subject of course to local regulations and country-specific licensing jurisdictions.

Multipliers have been cast into the mix to by the uber-thoughtful band of creatives at Evoplay Entertainment. And to say that multipliers of up to x25 the player’s bet is a welcome addition to an already super-impressive game is the understatement of the century – in this universe as well as the next.

The online slot’s scatter symbol acts as the building blocks with which the Starmallows are to ultimately assemble their star-bound rocket. Which leads us to the matter of Star Gates. These special symbols have been installed on the gameboard with the specific goal in mind of affording the player the ability to reveal either a regular game symbol or a bonus scatter symbol.

Up to 5 Star Gates can appear during play since the idea is that the potential to fill the 3x3 area right at the centre of the gameboard should exist. Better yet, Space Gates are equipped with the ability to move out the way in order to perform a revealing act.

As previously mentioned, scatters are the building blocks required in order to assemble the star-bound rocket. These mean double magic as they are what’s necessary in order for the player to successfully activate the free spins bonus round. Scatters furthermore have a habit of making special appearances even when the free spins round is already in motion.

Each additional scatter effectively means 1 additional free spin added into the mix, as well as a 1x multiplier added to the total number of multipliers already in play.

Like all of Evoplay’s previous creations, Rocket Stars is an innovative, rewarding online slot that ticks all the right boxes.