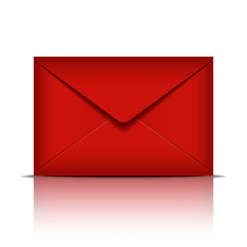 There’s seemingly just no end to the creative genius that is live casino specialist Evolution. Every year, online casino enthusiasts are treated to several more brand-new top titles from the award-winning developer and supplier.

A large part of Evolution’s appeal among live casino enthusiasts is the studio’s ability to redesign classic casino favourites in such a way that they become even more playable and thrilling an experience than ever before. And that’s exactly what the prize provider has done with a brand-new live feature that they’ve added to their live Baccarat titles.

The Thrill Of Not Knowing

Red Envelope is the latest big feature by Evolution. Unlike most other side bets, it isn’t a feature that can be played with every round of Baccarat. Instead, Red Envelops appear at random, which definitely adds to the excitement and anticipation of possibly banking humungous cash prizes.

In order to qualify for a Red Envelope, players must place a side bet in the space provided on the dashboard. If a Red Envelope happens to be active (awarded) for whatever the bet for that particular round, animation showing a Red Envelope will appear on the space where the side bet was placed by the player.

Evolution’s new Red Envelope feature has been added to most of their live casino Baccarat titles – with only Lightning Baccarat, First Person Baccarat, and Dual Play Baccarat excepted.