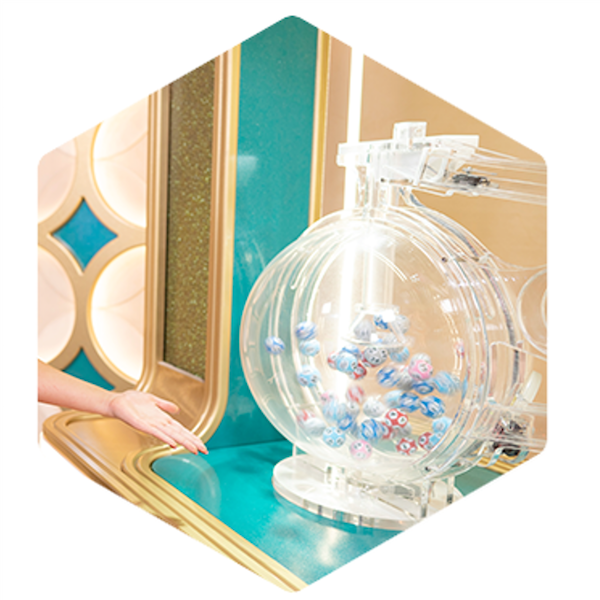 Live casino games specialist Evolution Gaming truly has gone from strength to strength. And there certainly appears to be no slowing a good thing down, as the company has just come up with another truly incredible product. The latest release, like so many other top Evolution Gaming titles, was inspired into being by what the brand refers as some of the world’s most popular TV shows ever produced. The game? Mega Ball – a truly unique title that is both fast-paced as well as something completely fresh and different to have entered the iGaming market.

Evolution Gaming recently published an official game release for Mega Ball, and made mention of a vibrant, colourful and living game environment that plays out against the backdrop of a modern and high-tech studio equipped with a special custom-designed ball drawing machine. The 51 multi-coloured balls are numbered much in the same way as are typical luck-of-the-draw balls, all coming together to form a single gigantic main in-studio attraction.

But what Mega Ball actually is when considered in the simplest possible way, is a combination of Bingo mechanics and Lottery games. Numbered bouncing balls certainly do resemble the best of both of these exciting worlds, and the eventual outcome has been that of a truly unique online live dealer extravaganza, with a definite hint at a leading televised smash-hit live game show.

But little coloured balls bouncing about would mean nothing to the player were it not for the fact that there are millions in winnings up for grabs. The two separate bonus rounds make some pretty amazing gigantic-sized wins possible. Multipliers are applied to wins tallied during the bonus games and so the trick is to really get as many active lines covered as possible. Despite its uncluttered simplicity, this is a live casino game that makes winning Lottery-style prizes a daily possibility. And to our minds, it just doesn’t get any better than that. We play to win, after all.

The ease of play adds to the overall pleasant experience. And as far as easy to master goes, it really doesn’t get any better than Mega Ball. Players are first up requested to set the value of the cards that they would like to enter into any given spin. The maximum value is set at 200 per game round.

Players then get to watch closely as a set of balls are drawn from the batch of numbered balls. If any of the numbers displayed on the balls drawn match the numbers that appear on the player’s card, then those numbers are marked off. And this is of course where the resemblance to Bingo comes into play.

The number closest to winning is displayed at the top of the list of drawn numbers. The numbers that are needed in order for the player to win real money are highlighted above the display of the cards and along with all possible winnings in the event that the cards are actually drawn.

The Show’s Not Over Yet

But that’s not even the end of all the excitement yet, because more waits right around the corner. As soon as the last ball has been drawn by the random selector, a Mega Ball generator showing a value between 5 and 100 times is generated. Once this happens, the studio is at once transformed, making the anticipation to build generously.

And no surprise too, because it’s at this magical point in the live casino game that the player can win up to 1 million times the current bet in process. And there’s always the exclusive change of a 2nd Mega Ball and along with it, a second opportunity to score big time.

Mega Ball looks set to be yet another massive hit from Evolution Gaming, and it is now available on desktop and mobile at leading online casinos all across Canada.