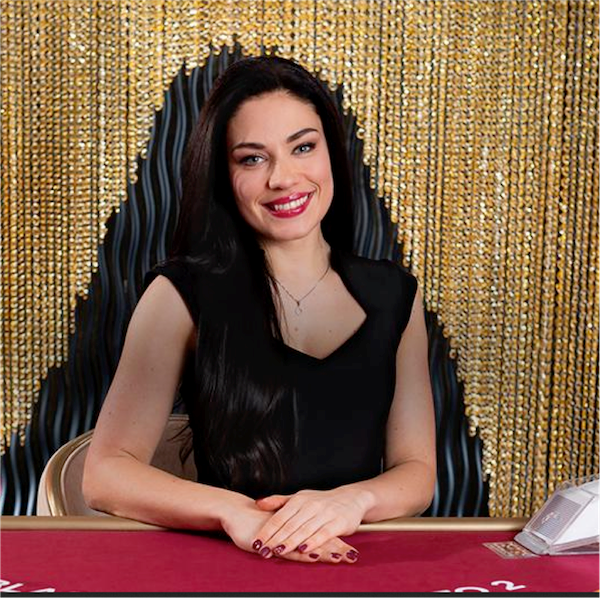 Swedish-based live casino developer Evolution Gaming has levelled up its offering once again with a new, faster variant of Blackjack. The company, which was launched in 2006 and has always focused on creating live dealer content, is known for its innovative in-house titles and improvements on classic casino games. Speed Blackjack, as the latest release is called, fits perfectly into their already-impressive portfolio.

Speed Blackjack follows the same rules as Evolution Gaming’s other live Blackjack options, meaning it is based on the European rather than the American format of the game. There is no effect on the game’s mathematics; everything just moves much faster and waiting time is considerably reduced. The big difference in the speed version, and what makes its quick fire pace possible, is the dealing order.

Each player’s initial 2 cards are dealt in the same way as they are in the original live Blackjack games, and then everyone gets to make their next move at the same time. Players are given their next cards in the same order that they notify the dealer of their decision to Hit, Split or Stand. The dealing pattern continues in each round until the game is over.

Chief Product Officer Todd Haushalter says the new variation is 30 to 40% faster than the usual live Blackjack and offers participants a much greater level of control. This makes it ideal for experienced players who want a faster-paced game for the greater level of action, or because they are pressed for time.

Haushalter added that his company came up with the idea for Speed Blackjack by considering the traditional rules of the game, which say that each gambler must wait in turn to place their bets, and do so in order from the dealer’s left to right. The developers simply asked themselves why players should have to wait, said Haushalter.

Speed Blackjack is the first Evolution Gaming release of 2020, joining a slew of live casino titles including several that were launched in 2019. Last summer the company rolled out First Person Dream Cather and First Person Lightning Roulette, which are random number generation (RNG) and live dealer hybrids.

The games are faster than the established live dealer versions and work better in certain circumstances, but they come equipped with a unique Go Live button that allows players to instantly switch to the live screen when they are able to. The First Person format has been so successful that many insiders are expecting several of Evolution Gaming’s other titles to get the First Person treatment.

As well as bringing live dealer and RNG technology together via the First Person design, the company has combined the elements and added game show action with its Deal or No Deal Game. They also combine sports betting and card play in Football Studio, among many other ground breaking innovations.

Evolution Gaming has not only been busy with additions to their product portfolio; they’ve also been developing their business with expansions into new markets. Having recently been granted a licence by the Pennsylvania Gaming Control Board, they are now authorised to establish a live casino in the state.

In November 2019 it was announced that the developer, which was ready to provide its services to locally licensed operators by then, was partnering with racetrack and casino firm Penn National Gaming.

Players in the Keystone State are now able to enjoy everything Evolution Gaming has to offer, and many more markets are expected to be granted the same privilege in 2020. With other live casino game releases already in the pipeline, the company should continue to prosper and to entertain gamblers this year.

Pragmatic Play may have only entered the Live Casino arena as recently as last year, but that hasn’t stopped the award-winning developer from ra

How to Behave at the Blackjack Table

Unless you’re so out of line that they have to call security, a casino is probably not going to risk losing customers over minor etiquette infra

We know celebs love playing at casinos every bit as much as we do and we can now confirm that Iggy Azalea is part of the club. The Australian A-lister

Ben Affleck has opened up on his recent scandal which saw him supposedly banned from several Casinos for counting cards whilst playing Blackjack. The

Ever wondered how the professional Blackjack players get to be so good? Well it mostly involves a lot of practice, but here are some tricks to get you

He’s just too good! Ben Affleck may be one of those actors that you either love or hate, but there’s no denying the man’s got skills

As one of the most popular games at any online Casino with one of the smallest house edges, Blackjack is an enormously enjoyable game that can deliver

Do you have what it takes to go above and beyond the competition and be proclaimed victorious in InterCasino’s Double Down Blackjack Race? If Bl

Jean Poulin, a Blackjack gambling addict from Quebec, tried to sue the Montreal Casino recently. He claimed that because they did not throw him out of

How To Play Blackjack

Blackjack aka. 21 is very popular because of its few, basic, easily-to-comprehend rules. The object of Blackjack is to obtain a 21-count hand. Step 1