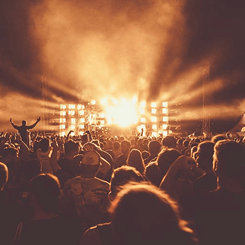 Fans of heavy-metal band Hammerfall are going to get to go to town with Play’n GO’s newest video slot.

Hammerfall is inspired by the popular Swedish heavy metal band from which the video slot draws its name, with the songs of the group taking centre-stage. While the game finds its target audience with a niche group of players, its simply jam-packed with special features for everybody’s enjoyment.

The music soundtrack is perfectly complimented by this feature-rich player experience – with bonus features for the win including Lightning Wilds, Super Tiles, Free Spins, and a bagful of special modifiers bringing as much action as exciting guitar riffs to the fantastic new title.

Join Hector On An Adventure

Taking centre stage and accompanying players through the motions is Hammerfall’s mascot, Hector, whose story is based on the namesake famous knight.

The Hector of Hammerfall has several special abilities, including that of being able to time-travel. True to the game’s heavy metal theme, Hector spreads chaos and mayhem as far as he goes on the 7x7 reels and paylines.

Making amok in favour of the player is the Cluster Pays system. The in-game video slots mechanic makes it possible for players to rack up potentially enormous windfalls from the gigantic set of reels, bringing along with it potentially equally giant-sized instant cash payouts. And included in this mix is an incredible top jackpot of up to 30,000x the value of the basegame bet.

A Hammering Of Features

Every time a Cluster of symbols of 5 matching icons or more are grouped together, the Cluster Pays system will kick instantly into gear. And every time an additional spin has been awarded, a charge is added to the Hammer Meter appearing to the side of the reels.

Once 25 symbols are added to the Hammer Meter, players will gain instant access to one of Hammerfall’s three Song Modifiers. Bonus benefits unleashed in this manner include Mega Wilds of up to 2x2 in size, the replacement of all lower-paying symbols with high value alternatives, low-value symbol destroyers, and more.

The video slot’s symbols include a colourful array of precious gemstones in a variety of colours, Moons, Suns, Hammers, and, of course, band mascot Hector. The latter is the highest-paying symbol of Play’n GO’s latest magnificent released, with up to 500x the bet up for grabs for a cluster of 15 symbols or more.

Modifiers triggered by the Hammer Meter include: