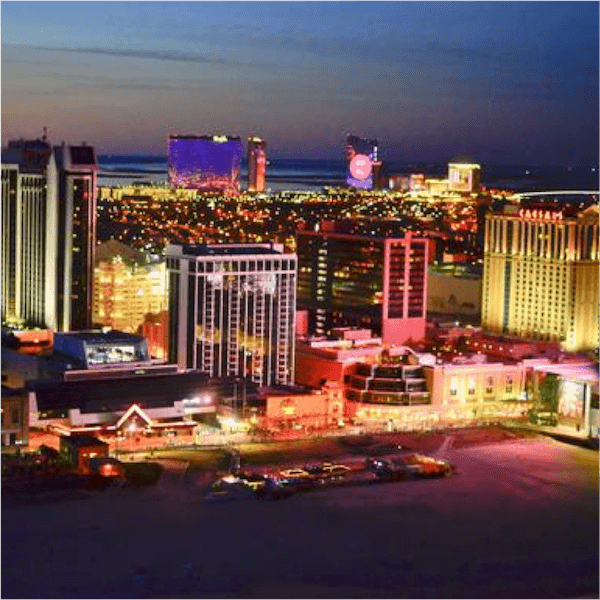 For many years, Atlantic City was hailed as one of the world’s greatest casino gambling hubs, second only to Las Vegas itself. However, it has been known for some time that some of the casinos of the Atlantic City boardwalk have been experiencing declining profits in recent years, and now findings from the New Jersey Division of Gaming Enforcement (NJDGN) have corroborated this phenomenon. The NJDGN has recently released its monthly report detailing casino revenue numbers for the state of New Jersey, covering the month of June 2017. In a surprising turn of events, last month’s report revealed that Atlantic City’s revenues were almost identical to those brought in by the gambling city during the same month of 2016. The report detailed the takings of the casinos in Atlantic City, noting that its land-based operators brought in a total of $197,488,784 during June. This is almost exactly the same as the corresponding month of last year, which was a mere $5,000 short of this year’s figures.

In a predictable fashion, online gaming was at the head of the pack, with revenues up considerably over the same period of 2016. Slot machines in the state brought in a total of $143 million in revenues, while table games generated a lesser amount of $54.5 million. Online casino games, while they did not bring in the bulk of the month’s takings, still performed impressively, bringing in just over $20.2 million. While Atlantic City’s figures for June may look concerning at first glance, it is important to here note that this year’s results featured a few less land-based casinos than those created during previous years. The Taj Mahal, Donald Trump’s famous casino venture, is currently closed to the public due to renovations and rebranding, and this could account for some of the ‘missing’ revenues for last month.

All other land-based casinos in the state, save for Caesars, performed well, with every establishment showing improved revenues over the previous year. Moreover, the state of New Jersey may soon be given an opportunity to see its casino revenues rise rapidly once again as the Supreme Court hears the state’s appeal to offer sports betting later this year. Should the court decide with the state and permit the offering of legal sports betting services, these services will soon be offered at most – if not all – of Atlantic City’s casinos, providing what is sure to be a massive increase in revenues for these establishments.