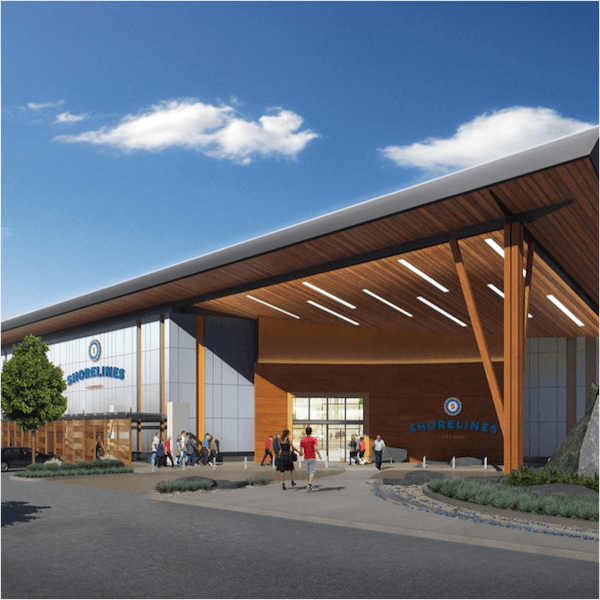 In Canada’s latest land-based casino news, the Great Canadian Gaming Corporation was proud to announce the opening of Ontario’s new casino on January the 11th. After what came to less than a full year of construction, the new casino was ready to offer over 450 slot machines, 18 casino gaming tables, and a VIP gaming area on its grand opening day. Dubbed the Shorelines Casino Belleville, the brand new CA$31 million establishment also features a large patio area, a stage dedicated to live shows and entertainment, and a buffet restaurant enclosed in glass panels to give visitors a view of the property. The restaurant also welcomed its first guests on January 11, opening its doors from 17h00 local time. To celebrate the Shorelines Casino Belleville’s official launch, a special opening ceremony was held on the day. The ceremony featured numerous live entertainment acts, honorary giveaways, and themed promotions.

Craig DeMarta, the Operations East Vice-President for the Great Canadian Gaming Corporation, was one of the first to congratulate the launch of the new land-based casino. He noted that his company was thrilled about the casino’s opening, and is excited to begin showcasing the best of the region’s gaming, entertainment and dining opportunities. The Great Canadian Gaming Corporation (GCGC) spent a large sum of money in September 2015 – around $38.7 million – to acquire the Eastern gaming bundle needed to operate the new Ontario-based casino. The bundle was obtained from the Ontario Lottery and Gaming Corporation through the Canadian operator’s subsidiary company, Ontario Gaming East Ltd Partnership. This move granted the company the rights to operate several other Shorelines casinos, including the Peterborough-based Shorelines Slots at Kawartha Downs and the Gananoque-based Shorelines Casino Thousand Islands. Along with these casinos, the bundle enabled the GCGC to construct another new casino under the Shorelines brand, this time in Belleville.

Casino’s PlaySmart Centre First Of Its Kind In Ontario

In order to address potential problem gambling issues, the GCGC’s new Shorelines Casino Belleville will offer a groundbreaking interactive PlaySmart Centre. Created in collaboration with the Responsible Gambling Council, the area will offer players information and support for problem gambling habits. The PlaySmart Centre will be the first of its kind in Ontario, according to an executive director from the GCGC. In return for hosting the new casinos, the city of Belleville will also receive 5.25% of the first $49 million in revenues generated by the establishment, as well as 4% of its table games’ revenues. Belleville’s mayor Taso Christopher has noted that the casino will be positive for employment and the local economy. The city will receive its first cheque from the Shorelines Casino Belleville in April this year.