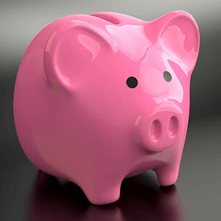 When 2 respected studios join forces there are always high expectations as to what the results will be. In this case it was iSoftBet and Betsson Group that collaborated, with the resulting game was Piggy Bank Megaways. Not surprisingly, it seems as if the video slots game will be a hit.

According to an iSoftBet spokesperson Piggy Bank Megaways is the company’s first completely customised game, built from the ground up based on strict specifications. Though it isn’t exactly clear what the specifications were, it is clear that the goal was to create an online casino slot that would strike a chord in the European market. If the strategy will work remains to be seen, but early signs suggest that the game is set to find success.

The core details of the video slot include 6 reels backed by the dynamic Megaways system. Megaways means that paylines fluctuate between spins, able to go as high as 117,649. The visuals, as the name suggests, are based around a cute piggy bank. Players aim to break the piggy bank and unleash the valuables held within. Some of the symbols include a hammer, a Megaways logo, a pile of cash, and the piggy bank.

An iSoftBet spokesperson explained that the online casino slot is all about shattering the piggy, which can be done by collecting a total of 5 Scatters. When the Scatters are collected either a good upfront payout is awarded, or 1 of 3 jackpots may also be awarded. Of course, the jackpots are what most players will be after.

Paul Malt, Head of Games at Betsson Group, shared a few thoughts. He first declared that he is excited to see how Piggy Bank Megaways will be received by players. Though, he elaborated that the iGaming space has quickly become crowded, and that making a video slot that stood apart was more difficult than ever before. However, Malt explained that he had worked closely with iSoftBet in an effort to create something truly unique and innovative.

Mark Claxton, Head of Games at iSoftBet, shared a few thoughts of his own. He explained that it had been a fantastic collaboration between the 2 companies. But, he stressed, as always, his focus had remained on producing the best online casino slot possible. He concluded by saying that the result of the collaboration was a phenomenal bit of software, and a product that he saw fans returning to many times over in the coming months.

Spin the reels of top slots ONLINE! Be a winner today.