Any Smartphone Could Become Touch-Responsive with New Technology 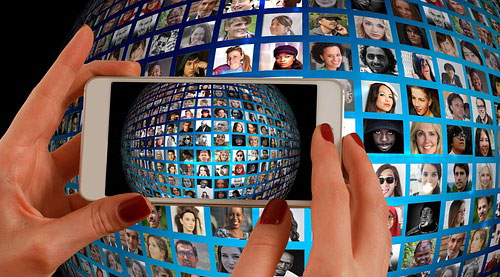 The Dark Knight, a Batman movie from 2008, has inspired a team from the University of Michigan to develop some interesting new software for smartphones. In the movie Batman bounces a high-frequency audio signal off the infrastructure of Gotham City, using smartphones that act as a SONAR system to find the Joker. This started Yu-Chih Tung, a doctoral student at Michigan University’s Department of Electrical Engineering and Computer Science, thinking that turning smartphones into SONAR-based systems could solve user issues and open up new applications. He and Kang Shin, the Kevin and Nancy O’Connor Professor of Computer Science at the same institution, got to work. Shin is a leader in the development of applications for mobile devices, with projects including GapSense to reduce dropped calls and E-MiLi or Energy-Minimising Idle Listening to increase smartphone battery life by up to 54%. Together with Tung he has developed 3 pieces of software based on the SONAR idea.

The first and second applications bring new functions to smartphones, and are called BumpAlert and EchoTag. BumpAlert uses different smartphone hardware, including the accelerometer and rear camera, to detect dangerous objects on pedestrians’ paths and then warn them with a vibration. EchoTag sends out inaudible tones and picks up how they are reflected to tag and remember different locations, and then associate them with specific modes or tasks. Putting your smartphone on your nightstand, for example, might activate a wake-up alarm.

The third and most recent application is known as ForcePhone, which makes use of the microphone and speakers that are in all smartphones. The speaker plays a tone above 18 kHz, undetectable by users, at all times. When fingers press on the smartphone screen or its body is squeezed, the microphone picks up the pitch changes and translates them into different commands. Being able to use the system in these different ways allows for more flexibility and uses. Projected applications of the technology include dialling 911 and turning on music with certain patters of squeezes on the margins of any smartphone, and a harder tap on the display unlocks a menu of further options in much the same way as right-clicking a mouse does. The only smartphone on the market that currently works in this way is the Apple iPhone 6s, but ForcePhone puts it in the reach of all users without any bulky or expensive sensors.

The Next Step for Smartphones

The software is a logical development in the use of mobile devices, and builds on core technology and functions. Shin has commented that the software increases the vocabulary between the smartphone and the user. Using these handheld devices is made much more interactive with this technology, which could also make playing all kinds of popular games much more immersive and enjoyable. In depth research into the way this type of technology could affect mobile gambling could also be considered, as new innovations are always being sought to keep the market thriving. While the ForcePhone is not yet ready for the market, Shen and Tung were able to present it at Mobisys, the international mobile systems and applications conference of the Association for Computing Machinery, in Singapore in late June 2016 and its certain that further steps are being taken to create similar products.