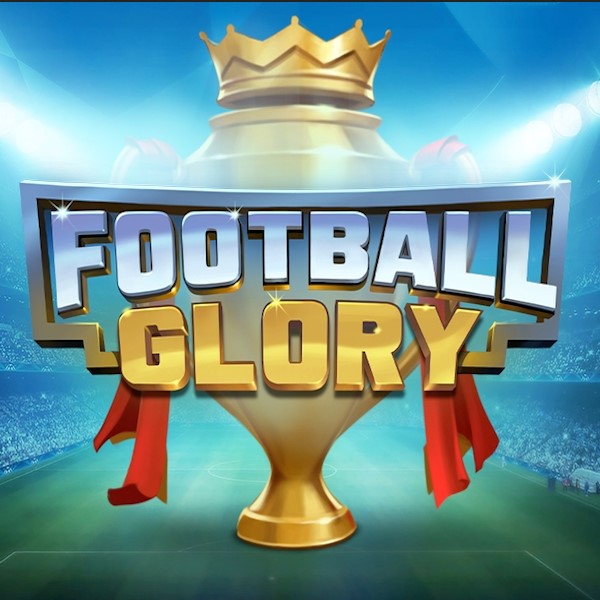 Yggdrasil Gaming obviously wasted no time getting back down to new game development business following the recent launch of its exciting new Medusa Fortune online slot. It has barely been a week since Medusa Fortune went live, and already, the developer has announced the debut released of their brand-new Football Glory game.

A recent press release issued by Yggdrasil Gaming provides several details about the latest game to have hit the online casino scene. Revolving around European soccer or football, the hot new slot reportedly features a packed stadium of passionate premier league football supporters egging their favourite teams on as they strive for fame, fortune and glory – with the player obviously right in tow and in the throes of the action.

The award-winning developer could probably not have picked a more opportune time for the launch of a football-themed slot either - especially since the world’s most popular sport is officially ticked to soon resume action across most of Europe.

Confirmed to feature an All Stars Free Spins game that will allow players to get their own piece of the football action by scoring goals when landing their scores on the reels of the new slot, Football Glory is bound to become an instant hit.

Another supreme feature confirmed as part of the game are Sticky Wild symbols. These, so says the development giant, will help players launch the ball all the way towards the very back of the net, increasing their own chances of scoring a supreme and valuable victory.

Football Glory, so confirmed Yggdrasil senior product strategist Jonas Strandman at the time of the pre-release media statement, is in fact the star developer’s second slot themed around the world’s best-loved game of all time. Slots enthusiasts may recall that in 2016 the brand released its very first football-themed online video slots game. Bicicleta too became an instant post-launch hit. Featuring Silver Cup and Gold Cup special bonus symbols, Bicicleta offered – and still does offer – to players the opportunity to score everything from free spins to bonus cash wins. The 2016 release, much like the latest football-themed slot, also featured quite the star-studded cast of special features, including a riveting Super Stars feature, a Glory Bar feature, and an All Stars bonus game.

Fans Are Hungry For Sports

Given that so many football leagues have been cancelled so far this year, and within the scope of such a short time – not to mention completely out of the blue and unexpected – Yggdrasil Gaming decided it was time to step in. They wanted to provide fans with an alternative that not only allows them to engage with their beloved game, but also to stand a chance of winning some incredible prizes in the process. So explained Strandman in the aforementioned release to the media regarding the inspiration behind the new online casino game.

Football fans not only across Europe, but also in many other parts of the world, have been waiting in suspense for the return of their beloved game to stadiums in their respective home-cities. Football – much like most other major league games and events – has been completely disrupted due to restrictions on gatherings and events brought about by the worldwide health crisis.

Sports fans have been engaging with virtual sports events ever since physical games and matches went into non-existent supply earlier on this year. Yggdrasil Gaming can really only achieve the highest rungs of success given the quality of gameplay that Football Glory offers along with the simulated sports interaction experience. Spinning the reels of this new slot on desktop or mobile device puts players right in the heart of the stadium, hoping to score!