No Tax on Winnings: Are Bitcoins the future of online gaming? 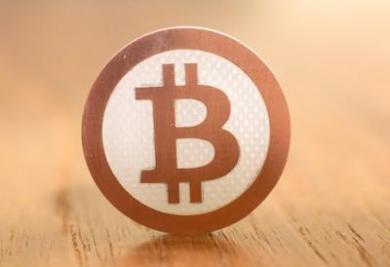 Bitcoin has fast become one of the most popular ways to transfer money online, but it would seem that many governments around the world are beginning to close in on the online currency and make attempts to both regulate and monitor its usage. Bitcoin’s non-taxable status is obviously quite a point of contention for many governments, but their most pressing concerns are Bitcoin’s potential use for illegal activities such as money laundering and drug trafficking. The root of the suspicious attitude some governments have taken towards Bitcoin can probably be traced back to the fact that no one actually knows who developed the online currency; the only name attached to its creation is the pseudonymous Satoshi Nakamoto and many are unsure whether the name refers to one person or rather a group of individuals. Whatever the case may be, Bitcoin was developed with the singular intention of being an electronic peer-to-peer cash system based on an open source cryptographic protocol that could not be regulated by any authority.

Perhaps not surprisingly, Bitcoin has gotten a much warmer reception from the online gambling community; as well as the immediacy of its transaction process and the anonymity its use affords, there are also four key reasons why it has become such a hallowed item among gamblers and online casinos.

Bitcoin is currently most used in the online Poker industry and many of the best operators are found on OCR’s top ten online casinos page. There are many online brands considering using Bitcoin as a way to increase their global reach, and offer an even more extensive and attractive way to make transactions.

During the first week of July 2013, a large Bitcoin conference was held in London, England. This invite only event was attended by over 200 people from around the world and its major focus was on how Bitcoin would play a major role in the futures of online gambling and ecommerce, the regulatory challenges these industries would face, and how to build gambler’s trust in this new method.

If used for online gambling, this method will become the most popular way to play; one of the main benefits of Bitcoin is that players can play online Poker and other online casino games anonymously and avoid taxation on their winnings. The level on anonymity and lack of taxation has made governments very eager to regulate the method. Some governments are taking the growing use of Bitcoin very seriously and only last month the US Dept. of Homeland Security seized the largest Bitcoin company in the world under suspicions of major money laundering.