What’s the Difference between Omaha Poker and Texas Hold’em? 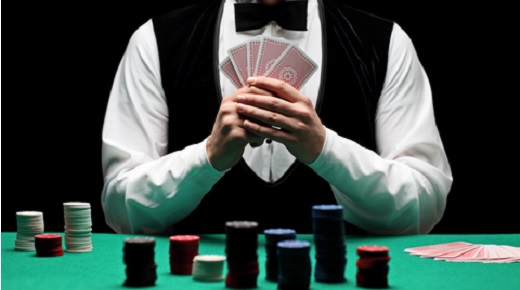 The small town Robstown in Texas claims to be the birthplace of Texas Hold’em poker and, if that claim holds water, this version of poker has been around since the beginning of the 1900s. It spread in popularity through the early decades of the century and finally reached Las Vegas in the late 1960s. Around this time, poker legends such as Doyle Brunson and Amarillo Slim became masters of this strategy driven game and today Texas Hold’em is the most popular version of poker. Most significantly, it is featured every year as the main event of the world series of poker in Las Vegas.

When Omaha Poker made its debut it was not very different from what Texas Hold’em would later become. The game started with a pair of hole cards, with players building their hand using these cards and possible ones from the community spread. These were the rules that separated Omaha from popular variants like Draw and Stud. The rules have changed throughout the years, but Omaha has never managed the same mainstream success of Texas Hold’em.

A professional Texas Hold’em player will likely have the skills necessary to succeed in Omaha. However, mastering the game requires a deal of additional learning. The casual observer may not see immediate differences between these two variants of poker. Both are “hold ‘em” variants and many of the rules are undistinguishable. However, a closer look reveals many differences beyond the obvious.

Texas Hold’em starts with two cards while Omaha starts with four. Because of the bigger variety of possible hands to be made in Omaha, players must be even tighter with their cards. While a pair of aces are a very good starting hand in Texas hold’em, in Omaha it is just the start of some interesting possibilities.

It is important, to understand the varying levels of strength it takes to secure a winning hand. In an aggressive Texas Hold’em hand, starting out with a decent pair of cards may be all it takes to win the pot. In Omaha, however, even a two-pair hand is on the weak side of things. Flushes and straights are what you’re looking for when playing this game and you should be wary of playing with anything less than a strongly coordinated hand.

Even within the bounds of the two poker variants there are differences from game to game. Cash games are played differently than tournaments and Sit ‘n’ Gos are played differently than multi-table tournaments. What really puts a spin on the game, however, is Omaha’s Hi/Lo variations. Since you don’t know whether you’re competing for the high or the low hand, the potential for bluffing strategies and manoeuvres are endless. If you’re an expert at Texas Hold’em poker and want to try your luck at Omaha or vice versa, it’s important to understand the differences between the games.

Don’t mistake Omaha for a four card version of Texas Hold’em and remember that variance is an even greater factor in Omaha poker success. Strategy is key in both games, so do your research and know what to expect before buying in.