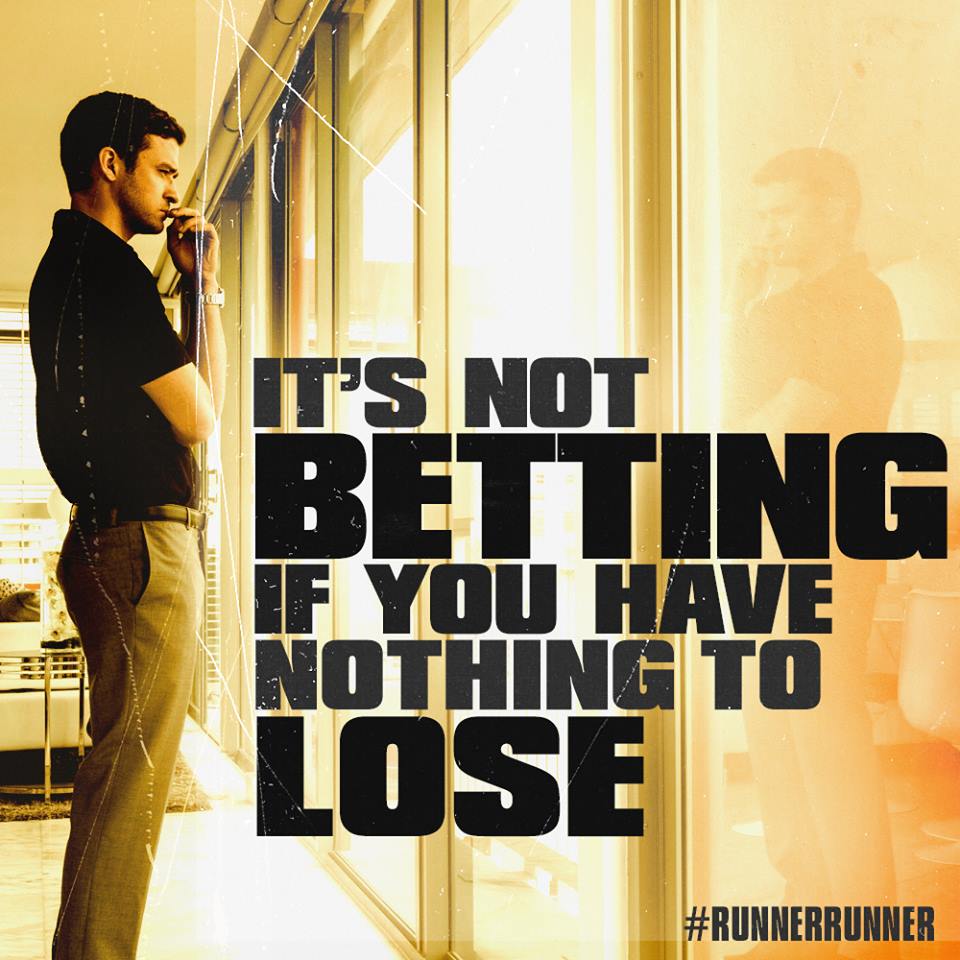 Online Poker-themed flop ‘Runner Runner’ has failed to make an impact at the Box Office and has been met with scathing reviews from Casino lovers, cinema goers and critics alike. Now it appears that, even whilst filming, lead actor Ben Affleck was aware that the gambling thriller was fast becoming a disaster movie as he called in help from old faithful William Goldenberg.

If you haven’t watched the film I shan’t bore you by retelling in words what was apparently dull enough in pictures, but let’s take a quick look at the critical reaction so you can get an idea of what it was like to experience Runner Runner first hand:

“A swift, unsatisfying shimmy of a movie all slicked up with a topical MacGuffin but the climax (and score) from a ’90s DVD thriller starring Jeff Fahey”

“Justin Timberlake and Ben Affleck give their best poker faces but ultimately fail to convince you to gamble your cash away on this limp, unoriginal story”

“The actors hit the jackpot, but only in terms of their paychecks. The audience gets a tension-free, tight-assed, Casino ripoff that leaves them thoroughly fleeced.”

“Take a gamble on it and odds are you'll have forgotten most of the film before the end credits finish rolling.”

– The Observer As you can see, what could have been an exciting film about the gritty underworld of an illegal Casino intertwined with the thrills of online gambling failed to hit the spot. And it now appears that those involved knew that something had gone awry before the movie was even fully wrapped.

To try to salvage what he could from the wreckage and in an attempt to protect his reputation, Ben Affleck called in William Goldenberg, the Academy Award-winning editor who assisted on all three of his directorial efforts. Mr Goldenberg was to help credited editor Jeff McEvoy in assembling a cut that in some way portrayed a more exciting series of events than the version that was filmed. Although we don’t know exactly what the film would have been like if Goldenberg hadn’t stepped in, it is said that he at least made some improvements.

Runner Runner has run into additional controversy after being hijacked by the American Gaming Association to help further their cause to legalise and regulate the online Casino and Poker industry in America. Presumably, however, this sly campaign won’t have quite the impact that the AGA was hoping for; Runner Runner has lost any credibility its star-studded cast should have added and it is likely that the AGA campaign will be as quickly forgotten as the movie.