Pac-Man Eats His Way Into Casinos 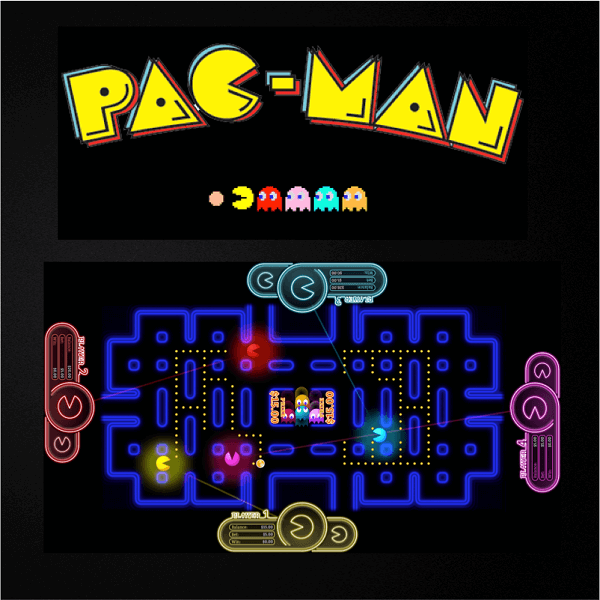 One of the most instantly recognisable video games of all time is chomping its way to a casino near you! Gamblit Gaming, a leading publisher of skills-based real money casino games has partnered with Pac-Man developers Bandai Namco Entertainment Inc. to bring the iconic arcade game to the casino floor. Pac-Man Battle Casino™ was recently unveiled at the Global Gaming Expo in Vegas, and is set for launch in selected land-based casinos in 2018.

Considered to be the most recognised video game ever made, Pac-Man was originally launched in 1980 and has appeared on just about every platform since. From traditional video game cabinets to desktop computers and consoles, Pac-Man has been everywhere, except casinos! This is about to change, and the longest running video game franchise ever has just found itself another home.

Changing the Face of Gaming One Bite at a Time

Land-based casinos have been struggling to attract the attention of millennials and to bring in younger players, and Gamblit hopes that by releasing a Pac-Man themed game, they’ll do just that. Several other console game characters have already made the cross over to casino with great success, and it’s almost a given that any game as instantly recognisable as Pac-Man will be a huge hit. Additionally, the spotlight on skills-based gaming keeps getting brighter, and Pac-Man Battle Casino™ is hoping to capitalise on this. Gamblit is just one of many publishers who has released skills-based gambling games for casinos, and have also joined forces with other popular franchises such as Jetpack Joyride,

The Walking Dead, and Doodle Jump. Most of these skills-based games are however single player, whereas Pac-Man Battle Casino™ is designed for up to 4 players at a time.

After it made its debut, many have said that Pac-Man Battle Casino™ bears a striking resemblance to Pac-Man Royale, an arcade game released in 2011. In the arcade version of the game 2 to 4 players chomp their way around an ever-shifting playing field, avoiding ghosts and racing for super-charged pellets that give them a size boost and let them eat their opponents. Pac-Man Battle Casino™ looks to be largely similar, except now, players can compete for real money rewards, rather than just the prestige of being the Pac-Man champion.

Each game has a prize pool determined by the spin of a wheel and winnings are paid out based on luck, not the amount wagered.

A New Generation of Pac-Man Fans

Both Japanese development company Bandai Namco and Gamblit Gaming are thrilled with their collaboration, and are hoping to create a whole new generation of Pac-Man fans. Darion Lowenstein, the Chief Marketing Officer of Gamblit has said that like many people, Pac-Man was the first game he ever played and that in partnering with Bandai Namco he was thrilled that they could bring a brand new experience to fellow fans, and that creating new fans was just part of fulfilling the dream.

Executive Officer of Bandai Namco Yoshiyasu Horiuchi also commented on how pleased they were with the game and partnership, and said that he hoped the game would appeal to a wide range of people, especially those who had played in the past. He added that in 2005 Pac-Man was featured in the Guinness Book of World Records for the most successful coin operated game, so the crossover to casino was perhaps just a natural progression. With Pac-Man Battle Casino™ set to go live in early 2018 using Gamblit’s Model G integrative tables, and with plans for a second single player Pac-Man game for Gamblit’s TriStation™ hardware, it looks like players will soon be munching their way to big wins.