PEI Gambling with its future 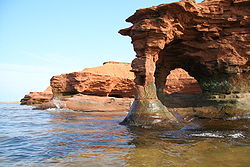 At this point in time, predicting the future of gambling in Prince Edward Island is as easy as forecasting the date and time of day/night that Planet Earth will cease to exist. According to Troy Media spokesperson Andy Walker, new concerns are surfacing relative to a sizable gambling investment made by Atlantic Lottery Corporation. The overall purpose of this corporation, owned by PEI and the other Atlantic Canada provinces, is the oversight of provincial gambling activity and to ensure a 100 percent revenue- return to the general funds account of each province. The concern reiterated by Andy Walker involves a $4 million investment by ALC on behalf of PEI with Roboreous, a UK internet gaming platform developer. Under PEI gambling ordinances, gaming is restricted to licensed venues, and new machines may only be added to replace non-operational machines.

PEI is currently home to 40 bars equipped with lottery game-play stations, two casinos with slot machines and two horse tracks, affectionately referred to as racinos. Despite a 2012-2013 $11 million lottery revenue boost projected to enrich PEI coffers, Finance Minister Wes Sheridan appears to be viewing ATC activity in a new light relative to plans to introduce a new online gambling game. The Roboreous developed game, GeoSweep is proposed to be especially adapted for Atlantic Canada gamers. GeoSweep will feature a Google map of Atlantic Canada with minute squares representing 2.3 million homes, businesses, schools and other sites in the area. For a fee of $7.50 per month, players may stake ownership claim to an unlimited number of squares. During the daily drawing, via random computer generation, one square, whether owned or non-owned, will be declared winner-of-the-day. If owned, $1,000 will be awarded to the owner. The owner of the nearest neighboring square will be awarded $500. Periodically, the GeoSweep game also offers a dangling-carrot jackpot of $250,000 to the possible owner of a computer-selected square. To date, no winner has been selected since the computer has failed to pick an owned square.

FM Sheridan's main concern is that with no protective measures are in place, PEIslanders can easily fall victim to gambling addiction issues. FM Sheridan's concern for the mental/economic welfare of PEIslanders is shared by UPEI Political Studies Professor, Peter McKenna. Both Sheridan and McKenna opine that governmental interference with current PEI gaming restrictions could be misinterpreted as sanctioned encouragement of gambling. According to Sheridan, while lottery earnings for 2011 saw a $3 million decrease from the previous year's $14.7 million profit; gambling addiction problems saw an increase. Sheridan's position on the overall PEI gambling future is subject to further complication arising from the desire of Atlantic Lottery Corporation to relocate its headquarters from New Brunswick to PEI. This portion of the ALC proposal would necessitate a majority-vote approval from all four provinces. Although GeoSweep profit depends on the number of squares in play, ALC relocation would ultimately make PEI the sole profit benefactor. From a completely different perspective, the future of PEI gambling could depend on discussions currently ongoing between FM Sheridan and the Mi'kmaq Confederacy, a Native American tribe located in PEI.

In its proposal for PEI, Mi'kmaq cites the need for the oversight of off-shore gambling sites which glean an estimated $50 per year profit from PEI users. In a different vein, the Mi'kmaq proposal seeks to be granted Canada-wide responsibility for regulation of gambling sites accessible from all provinces. While this portion of the proposal would require a positive majority vote from all provinces, it would ultimately place the Mi'kmaq Confederacy and PEI in position to co-share all nationwide gambling-generated revenue. Since the provinces of British Columbia, Quebec and Ontario currently have in-province measures in place for the control of gambling website usage, many Canadians view the Mi'kmaq proposal to be in the political self-interest of FM Sheridan and PEIslanders. While Newfoundland has opted out of inclusion in the Atlantic Lottery Corporation proposal, Nova Scotia Premier, David Dexter has issued an executive order that no online gambling will be allowed in Nova Scotia.