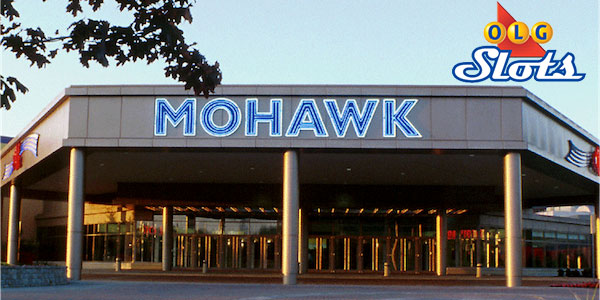 An 82-year-old Canadian man has made it clear he will go after the Ontario Lottery and Gaming Corporation in an attempt to obtain his winnings from a recent slots jackpot. The man has been denied his winnings, which are worth about CAD$10,000, due to the fact that he had signed a voluntary self-exclusion request almost 20 years ago. According to a National Post news report, John Marando revealed that he started visiting the OLG Slots at Mohawk Racetrack gambling facility, operated near Toronto by Woodbine Entertainment Group, earlier in 2017. The facility is one of many under a lease held by the Ontario Lottery and Gaming Corporation. The player stated that he had won jackpot prizes of around $1,000 from the same slot machine ‘a couple of times’ before winning another $400 on February 17.

Marando, a former security van driver for Brinks, claimed that he had no problem in receiving his winnings on February 17. He decided to bet another $20 on the same slot machine as he was leaving the Ontario casino, winning himself another jackpot of around $10,000 on his ninth two-dollar spin. However, when the player visited the casino’s cashiers to collect that day’s second jackpot win, Marando says that he was transferred to an office and told that he could not be paid because he ‘signed himself out’ about 17 years ago. This refers to the Ontario Lottery and Gaming Corporation’s clause that allows gamblers to voluntarily exclude themselves should they feel that they may have a gambling problem. These players are escorted from any gambling venues if they are recognised on site.

Player Claims To Not Recall Self-Exclusion Due To Brain Injury

Marando claimed in his statement that he had suffered a brain injury that may have affected his memory, and as such does not recall signing the self-exclusion request. He continued, saying that he cannot remember the happenings of 17 years ago. He also mentioned that he had a brain operation about 8 years prior, and again noted that the casino paid out his winnings of $400 for that morning, but then later in the day refused to pay out his $10,000 jackpot. Rui Brum of the Ontario Lottery and Gaming Corporation has not elaborated on Marando’s case, but he has told the National Post that the Alcohol and Gaming Commission of Ontario’s rules prohibit the casino from paying out prizes to any self-excluded winners. Marando has stated that OLG Slots at Mohawk Racetrack gave him the $20 in change that he used to win his $10,000 jackpot prize, and has since contacted a lawyer in a determined attempt to claim his winnings from the establishment.