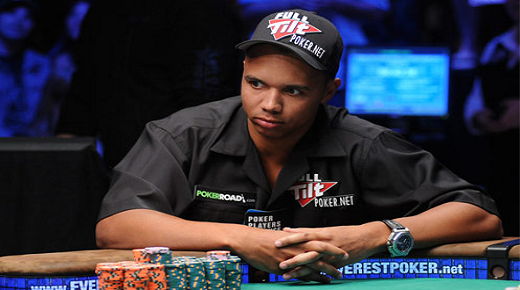 Phil Ivey, one of the world’s biggest Poker stars, has had an eye-watering $11.5 million win withheld after a London casino became suspicious of the fashion in which the cash was won. Spanning over two evenings in London’s Crockford’s Casino in August 2012, Ivey played Punto Banco, a form of Baccarat with a stake of 1 million euros. Ivey hauled in the massive win within 7 hours at the Mayfair-based and requested the cash be deposited into his bank account.

But that was not to be the case. The casino has only funded the original million euro stake into his account and is withholding the rest until a thorough investigation has taken place regarding Ivey’s gameplay. Shortly after the win, Mayfair Casino realised that Ivey was accompanied by a female player who has previously been banned from another London casino.

Security camera footage is being analysed, casino employees who were on shift during the win are also being questioned as well as a review of the cards and the shoe the cards were dealt from will all be taken into account during the investigation. It is not yet clear what Ivey is being accused of, nor have the police been called in to take charge of the situation but two fraud investigation firms, one from London and one from the owners of the casino, the Genting Group from Kuala Lumpur, are on the case.

Phil Ivey is not a name anyone outside of gambling will be aware of, but he is the eight time World Series of Poker champion and has appeared at finals tables at nine World Poker Tours. No slouch on the tables, Ivey has amassed more than $10 million in various Poker tournaments ranging from the World Series of Poker to assorted Poker tournaments around the world and was also once the face of Full Tilt Poker, now owned by PokerStars. It what has been a controversial period for the Poker star including a public divorce and a falling out with Full Tilt Poker, Ivey’s win will be held by Crockford’s indefinitely until the investigation has reached its conclusion and all suspicion has been eliminated.

This story doesn’t seem to be going anywhere in a hurry, so keep your eyes peeled for more news on Mr Ivey and the scandal that currently surrounds him.