The Battle for New Jersey 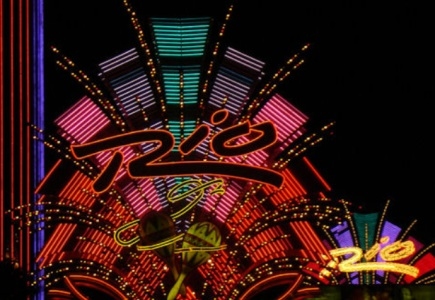 In February 2013 Caesars Entertainment, one of the leading U.S. casino companies, approached PokerStars with an interesting offer: the sale of one of their most lucrative assets, Rio casino in Las Vegas. Caesars proposed that PokerStars’ acquisition of an already established Vegas casino would not only improve the relationship between the two companies, but would also help their rivals to gain a gambling license in Nevada. Despite being one of the world’s biggest online poker companies, PokerStars’ reputation has been greatly tarnished in the U.S. In 2011, PokerStars was sued by the U.S. government for operating an illegal gambling business and its websites were closed to U.S. markets. In July, PokerStars settled and agreed to pay $731 million to the U.S. government and affected gamers.

This is why it perhaps came as a surprise to Caesars that the company opted to decline their offer. PokerStars stated simply that they had no plans to acquire another new casino in the near future, having recently purchased the financially struggling Atlantic Club casino in Atlantic City. The battle for dominance in the Poker market between Caesars Entertainment and PokerStars has now moved to a new territory - New Jersey. Just days after New Jersey became the third and largest state to approve online gambling, following in the footsteps of Delaware and Nevada, this battle began, as PokerStars applied for a gambling licence, as well as interim casino authorisation.

The American Gaming Association (AGA) opposed PokerStars’ petition, stating that PokerStars “was operated as a criminal enterprise for many years,” and “cannot demonstrate the good character, integrity, and honesty required by New Jersey law.” The AGA has claimed that “allowing PokerStars to be licensed would send a damaging message to the world of gaming and to the world beyond gaming, that companies that engage in chronic law breaking are welcome in the licensed gaming business.” PokerStars has since released a statement claiming that its suitability for a gaming license is a matter for expert regulators to determine. The U.S. Department of Justice has approved PokerStars’ suitability to apply for a license in the U.S. and the company plans to continue to work with authorities, including the New Jersey regulators, to reach their goal and manoeuvre back into the prominent U.S. market.